Orlando Magic star Aaron Gordon is dropping highlights even in the off-season by putting out a brand new rap video -- and we're not gonna lie ... it's pretty 🔥.

The 25-year-old baller is no stranger to getting in the booth -- he even famously dissed Dwyane Wade back in April for screwing him out of the Slam Dunk title with his track, "9 out of 10."

This time around, Gordon is back with "LVL Up" featuring Moe ... and it's filled with some not-too-shabby lyrics.

"I had to level up, haters ain't never love ... they gon' remember us long, after we turn into dust."

"She fell in love, now she spilling her guts ... she gotta grow up she still just a pup."

The song comes with a baller-ass music video ... with Gordon and Moe spittin' in front of private jets, inside party buses and beautiful buildings while sipping on expensive alcohol. Ya know, the fun stuff.

Gordon has previously said he was using quarantine to shape up his rap game ... and so far, it's moving in the right direction.

Now, there are a bunch of other rappin' NBAers who have jumped into rap -- from Damian Lillard to Iman Shumpert and even LeBron James -- so Gordon's got some competition.

But, for now ... check out the song and tell us it WON'T be stuck in your head all day. 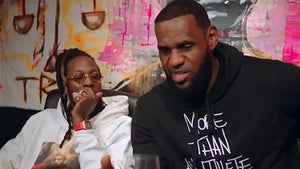 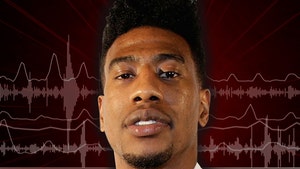