Big day for UFC champ Jan Blachowicz ... who was invited to sit down with the Prime Minister of Poland after winning the light heavyweight title!!!

Check out the pics of Jan with Mateusz Morawiecki choppin' it up in Warsaw on Wednesday ... to celebrate Jan's big victory over Dominick Reyes at UFC 253. 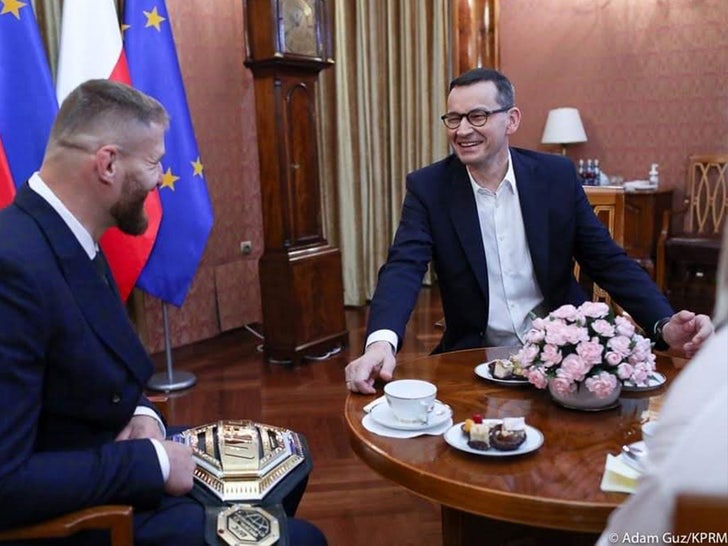 37-year-old Jan flew back to Poland right after the insane 2nd round knockout and he's been treated like a ROCKSTAR ever since ... with a hero's welcome at the airport and now an invite to hang with the PM.

"Thank you for the invitation from the Prime Minister," Jan said on social media.

"Both for me and the MMA community, it proves that our discipline is not only popular, but also noticeable by the most important people in Poland." 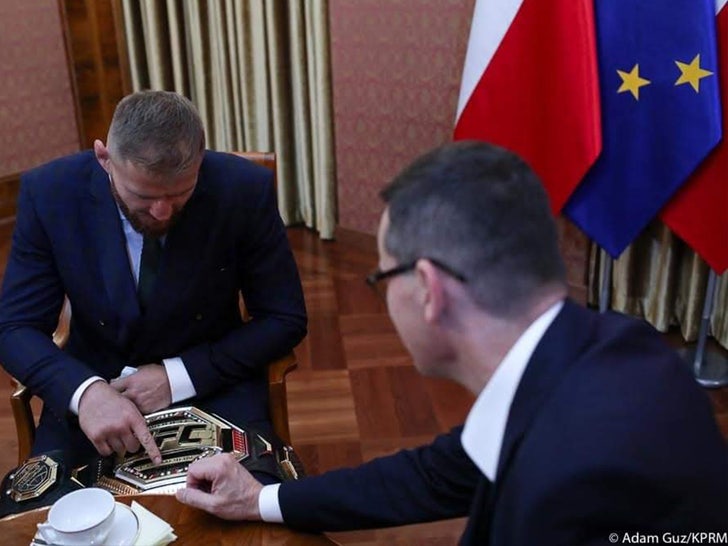 "It is an honor to be an ambassador of this amazing sport."

The two seemed to enjoy the hang out -- sipping coffee and eating snacks while talking about the fight.

Jan is on an impressive 4-fight win streak at the moment -- with victories over  Reyes, Corey Anderson, Ronaldo Souza and Luke Rockhold.

Jan is hoping to fight Jon Jones next ... but so is everyone.

If you're keeping track ... seems UFC's biggest stars are more connected than ever with world leaders.

Dana White, Jorge Masvidal, Colby Covington and others are tight with Donald Trump. And, don't forget Khabib Nurmagomedov and Conor McGregor have kicked it with Vladimir Putin.