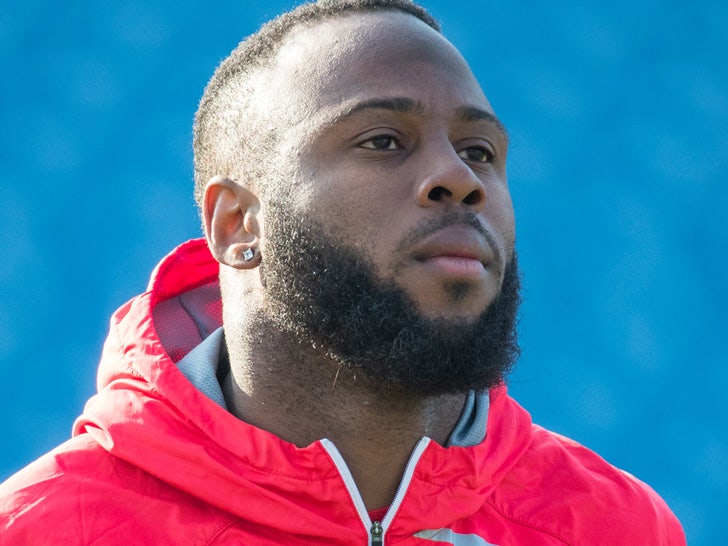 Positive news from Patriots running back James White ... the New England star says his mom's condition is slowly improving after she was involved in a tragic accident last month.

"That eases my pain a little bit," White said Monday.

Both of White's parents were traveling in a car in Cooper City, Fla., on Sept. 20 when their vehicle was involved in a terrifying wreck at around 1 PM.

James had sat out the last two Pats games to mourn the tragedy ... and after his first game back against the Chiefs on Monday, the RB delivered some positive info about his mom.

She's "continuing to improve and progress and get better," James said.

As for how he's handling everything ... the 28-year-old said it all still feels "surreal" -- but added, "I'm just trying to push through, because that's what my dad would want me to do."

James -- a 3-time Super Bowl champ -- played well in his first game since the tragedy ... catching 7 passes and recording 59 total yards from scrimmage in the Pats' 26-10 loss to the Chiefs.

The tailback told reporters afterward that football has helped "ease my mind."

"I'm just trying to take it one day at a time," James added, "and just find a way to look at all the positives in my life."