Touching gesture from Chris Jericho ... the AEW superstar donated $2,000 to a man who snapped both his legs performing a stunt in the wrestling ring.

The violent and gruesome injury happened this past weekend ... when amateur wrestler Justin attempted to jump off the top rope of a makeshift backyard ring and onto the mat.

**WARNING -- THIS VIDEO IS VERY DISTURBING AND YOU CAN'T UNSEE IT. PLEASE, REALLY THINK ABOUT IT BEFORE YOU WATCH. **

I had to see it on my timeline.

Shockingly, both his knees gave way and bent backward when he landed ... and his family and friends say he's now in danger of possibly being forced to have the limbs amputated.

In a GoFundMe set up to help offset growing hospital bills ... Justin's family and friends say he's already undergone three significant surgeries and still has at least one more operation coming to try to repair the damage.

Justin's family and friends say his road to recovery is going to be lengthy ... and add all the bills could ultimately grow to over $200,000. 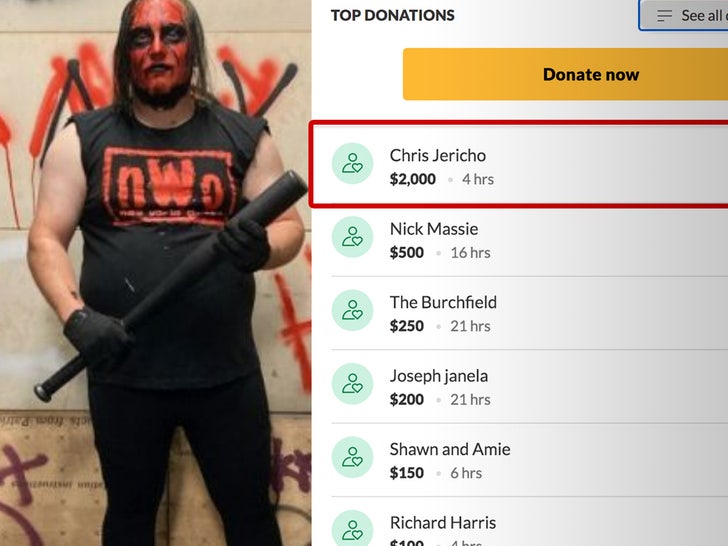 Fortunately, Jericho caught wind of the horrifying accident ... and decided to chip in -- pledging $2K to the cause this week.

"That was so terrible!!!!!" Jericho told us of why he donated.

As for Justin, his family and friends say he's taking the traumatic experience in stride ... writing, "Justin has remained lighthearted in his situation." 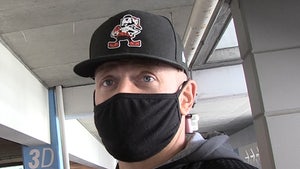