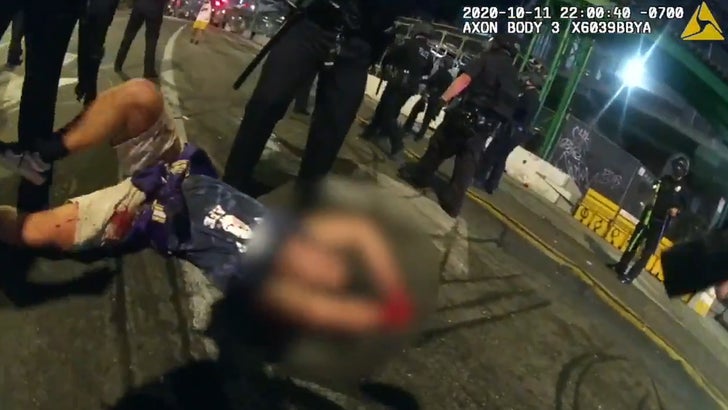 A Lakers fan blew off his hand during a fireworks accident while celebrating the team's NBA championship -- and dramatic video shows an LAPD officer with medical training rushed to his aid.

It all went down in Los Angeles on October 11, when thousands of people took to the streets to celebrate the Lakers' victory over the Miami Heat in the NBA Finals.

One man apparently suffered a Jason Pierre-Paul-style injury -- with a firework blowing up in his left hand.

LAPD Officer Christopher Gonzalez -- a former Army Ranger -- was on shift that night ... and immediately jumped into action.

"In the blink of an eye, the combat veteran becomes the guardian we train our officers to be," the LAPD says in a dramatic video of the incident. 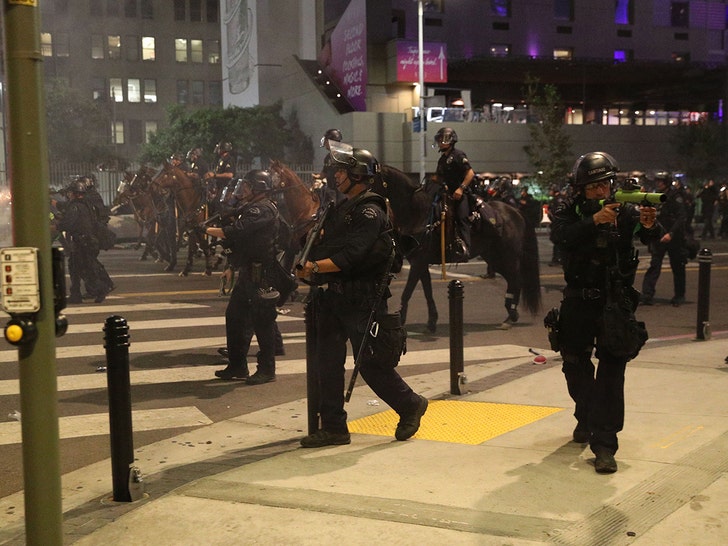 Body cam video shows Officer Gonzalez remains cool, calm and collected throughout the ordeal -- placing a tourniquet on the man's arm to help slow the bleeding. He also locates other wounds and informs paramedics about the situation when help arrives.

"Left hand is like, gone," the officer says ... "[He's also] bleeding from the right. I couldn’t find a source and .. and he has a 1-inch wound on his left groin that he’s holding gauze over."

Ultimately, the man was transported to a nearby hospital for treatment.

No word on his current condition but it's clear he was lucky Officer Gonzalez was on duty that night. 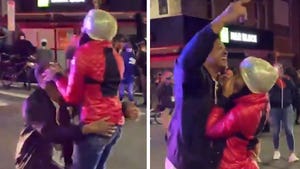 Couple Gets Engaged in Middle of Walter Wallace Protests in Philadelphia