Another COVID scare in the NFL -- this time, the Denver Broncos confirm a player has tested positive ... so Friday practice has been canceled.

The team has not released the identity of the player -- but notes he is already "at home in self-isolation along with two other players who were determined to be close contacts."

The Broncos note they have been following guidelines and working with the league and medical experts. But still, stuff happens.

"As a precaution, we have made the decision to postpone today’s practice and conduct virtual meetings in preparation for Sunday’s game against the Chargers."

"The team is scheduled to return to UC Health training Center for practice tomorrow."

The team adds, "The health and safety of the players, coaches and staff will continue to be of the highest priority."

Also worth noting, the Chargers have also canceled a practice this week due to a player testing positive.

Seems the NFL has had COVID issues every week since the season began — even stars like Cam Newton have been affected.

It’s only Week 8 … which leaves 9 more weeks left in the regular season followed by playoffs. 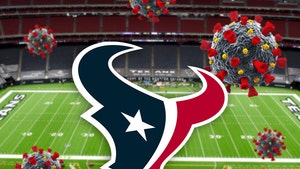