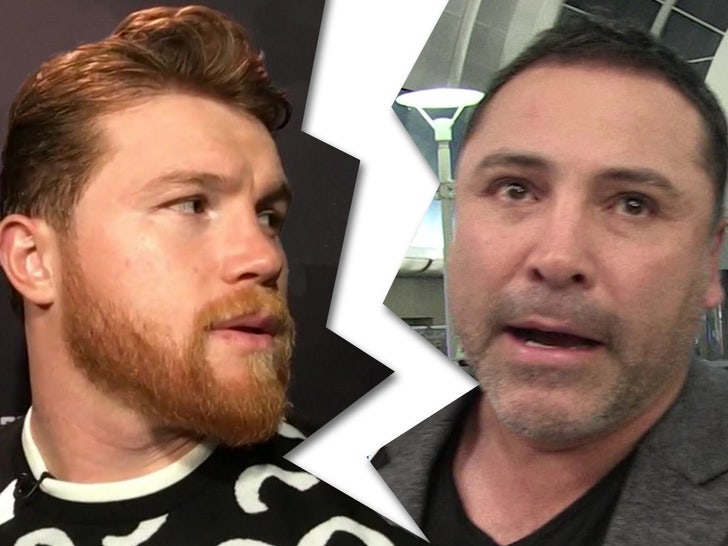 "In strong partnership with DAZN, we will continue showcasing our wide array of talent, including rising superstars like Ryan Garcia, Jaime Munguia and Vergil Ortiz Jr., all of whom have the talent and potential to become the next biggest star in our sport.”

Canelo had previously filed a $280 million lawsuit against Golden Boy, Oscar and DAZN claiming they're preventing him from getting back in the ring and continuing his fighting career.

The boxing superstar had famously signed an 11-fight, $365 million deal with DAZN in October 2018 -- a deal put together by Golden Boy -- but Canelo has only fought 3 times since then.

Long story short ... there have been issues about potential opponents, including a 3rd fight with Gennady Golovkin. Plus, Oscar and Canelo have been at odds for months.

It's become obvious the relationship between the two former friends is seriously damaged.

Fast-forward to Friday, when Canelo's manager, Eddy Reynoso, issued a bombshell statement claiming Alvarez is now a free agent and is working on setting up his next fight ... THIS YEAR.

"Starting today, November 6th, ‘Canelo’ becomes a free agent, so we are ready to continue with his boxing career," Reynoso says.

"All this time we have been working very hard in the gym with a lot of responsibility and discipline, to be in great physical shape and ready to fight this year and it will be!"

"We will announce date, rival and place very soon, and we will return stronger than ever to keep growing and showing that Mexican boxing is the best."

ESPN is reporting Golden Boy and DAZN have formally released Alvarez from his contract -- after days of negotiations to try and save the relationship.

Bottom line ... Canelo is set to move on.

We reached out to Golden Boy -- but they have no comment at this time. 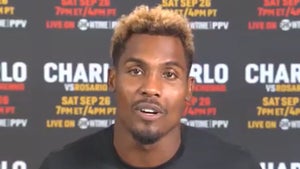 Jermall Charlo Says Canelo Fight Would Cement Legacy, If He Can Knock Him Out 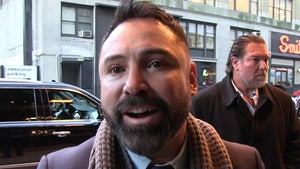