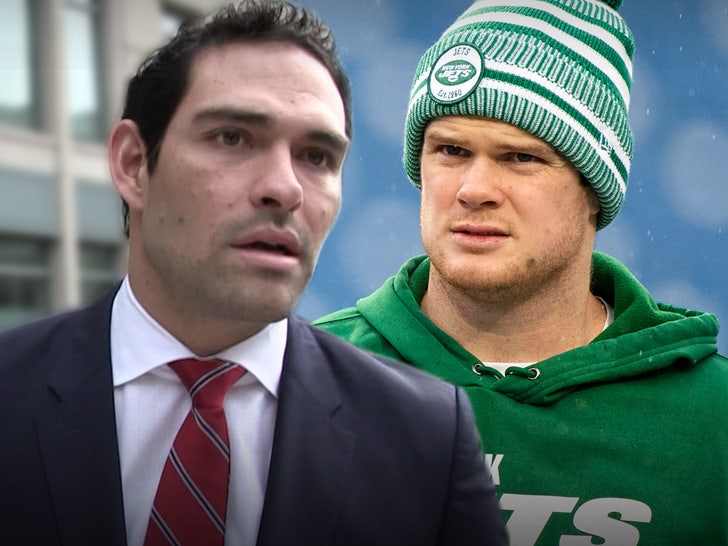 Mark Sanchez says it may be time for Sam Darnold to pack his bags and leave the dumpster fire that is the New York Jets behind ... suggesting it could be best for both sides to start fresh.

Of course, Sanchez knows a thing or two about the pressure that comes with being under center in the Big Apple -- he suited up for the Jets from 2009-2013.

But, while Sanchez was able to make the playoffs in his first 2 seasons with NY, Darnold's been dealt a bad hand -- resulting in an 11-21 record in 3 seasons.

As the Jets sit at 0-9 in 2020, Sanchez is now floating the idea it may be more beneficial for Darnold to sit out the rest of the season and give it another go somewhere else.

"There’s just so much uncertainty that it’s almost impossible for a quarterback to have success with all those circumstances," Sanchez said on the New York Post's "Gangs All Here" podcast. "I feel for him."

"It’s not like they’re going to turn around and make a playoff run. Now you get into these tough decisions as a competitor thinking, 'Man, maybe my time’s up here and that’s okay. Maybe, it’s best for both sides to move on.'"

But, Sanchez is holding out hope for his fellow USC Trojan ... saying, "In my opinion – and obviously, I’m biased, he’s a USC guy, he’s a SoCal guy – I think he’s a great player. He’s a franchise player. I think he’s somebody you invest in ... He just hasn’t been able to do it there."

Darnold still has one more year left on his rookie contract ... but signs are pointing towards a breakup sooner than later.

If the Darnold experiment really is over, there's a guy from Clemson (cough, Trevor Lawrence) who may be the Jets' savior ... unless, he decides to stay in school another year. 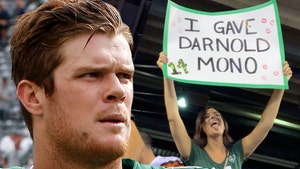