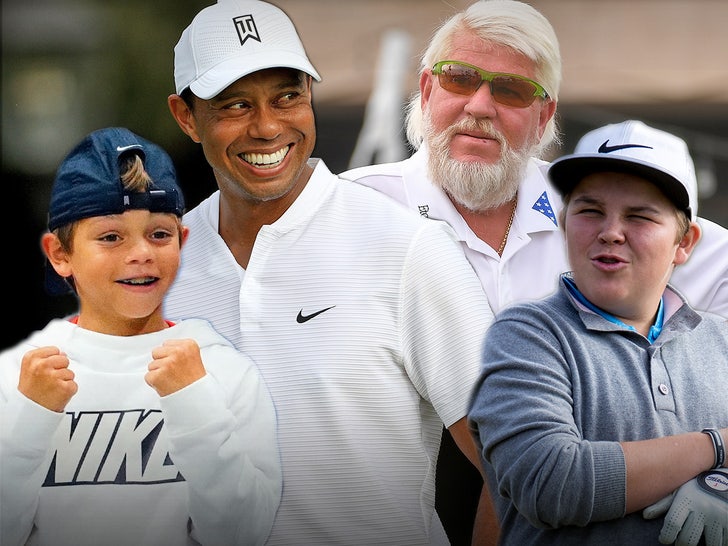 Forget The Masters ... here's the golf event you NEED to watch -- Tiger Woods and his 11-year-old son have committed to play in a tourney against John Daly and his son!!!

The epic matchup -- featuring the 2 legends and their boys plus several other family pairings -- will all go down at the 2020 PNC Championship in Orlando from Dec. 17-20.

Woods will enter the event with his son, Charlie, whose swing is so good ... he's already been described as a golf prodigy.

Daly, meanwhile, will compete in the event for the 2nd straight year with his 16-year-old son, Little John Daly, who has also been heralded as one of the next possible great ones in the sport.

Of course, the annual tournament is just for fun ... the event won't count on anybody's career records or anything crazy like that -- but there actually is some money on the line!

The PNC Championship -- which, in total, will feature 20 major winners paired alongside a family member of their choosing -- has a total purse of $1,085,000 ... and winners even get a dope trophy!

"I can’t tell you how excited I am to be playing with Charlie in our first official tournament together," Woods said in a statement about the event.

"It’s been great watching him progress as a junior golfer and it will be incredible playing as a team together in the PNC Championship."

The tourney will be a 2-day, 36-hole event ... and last year's winners, Bernhard Langer and his son, will be in the field again this year. 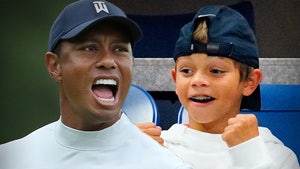