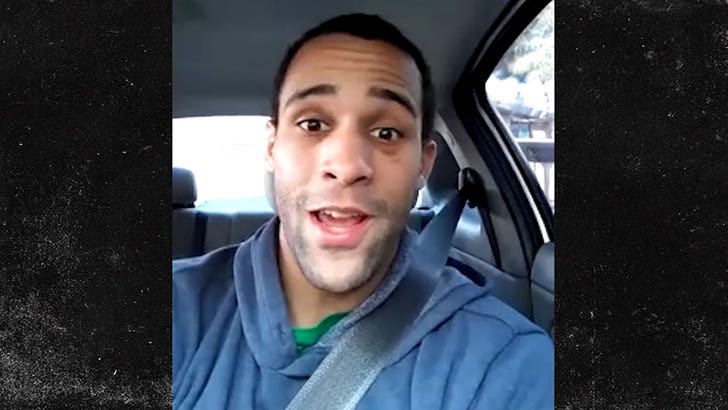 The 25-year-old -- nicknamed The Monkey King -- was taking on 37-year-old Matt Wiman on Saturday when Leavitt picked up his opponent and slammed him into unconsciousness just 22 seconds into the 1st round.

👑 @JoJo_MonkeyKing gets the SLAM KO, seconds into the bout!

Wiman's body went stiff -- and it was pretty scary to watch as medical personnel raced into the octagon to tend to him.

Leavitt tells TMZ Sports ... he's happy he won the match but hates the manner in which he got his W.

"I think slams are ugly and I think they’re dangerous," Leavitt tells us.

"I would have preferred to have won in any other way. I’m happy -- I mean it's a highlight and it's good for my career and notoriety -- but that's not the way I wanted it to be."

Leavitt says he tried to ensure Wiman landed on the side of his head instead of the back -- but it still looked pretty nasty.

The move is legal -- but Leavitt says he would be in full support of banning slams from the sport.

"I also 100% agree that I feel like the sport would be a much safer, artful thing if slams like that weren’t allowed."

"But, when you’re out there, when you’re in that cage you have to decide, 'Am going to pay rent tonight? Or am I going to have to downgrade to my house, and have to put my family in an unstable position?'"

"I feel like any person what do what I did in that situation. And, I did what I have to do."

Leavitt says he spoke with Wiman's wife after the match -- and apologized for the way the fight ended ... but there were no hard feelings on her end.

"She just said it's the fight game, it happens."

Leavitt is now 8-0 and a rising star in the sport -- and even though he's not a fan of slams, it's raised his profile in a big way. 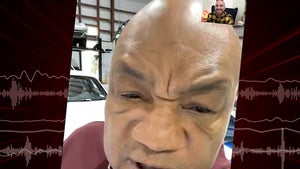 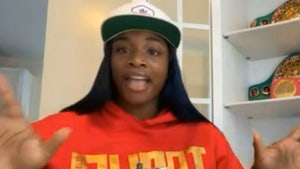 Claressa Shields Says Boxing Is Sexist, Move to MMA All About Money