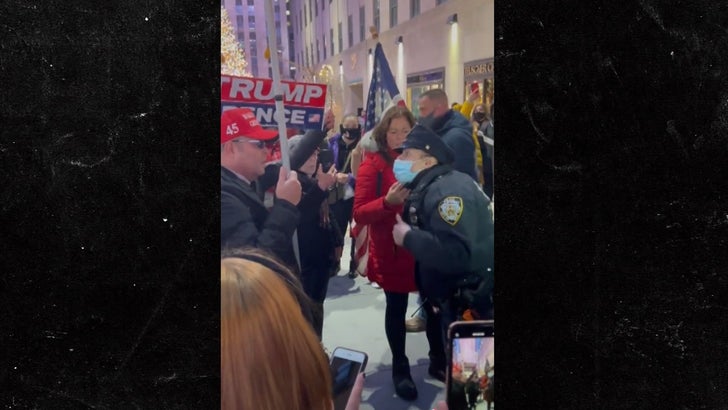 An NYPD cop went ballistic on a Trump supporter who wouldn't wear a mask in public ... a guy who cussed the cop out ... despite waving a pro-police flag.

The shouting match was captured on video this weekend in NYC at 30 Rock, where Trump supporters came face-to-face with counter-protesters. Of course, many in the Trump crowd weren't masked up -- and eventually, an officer got involved.

The cop was trying to talk over the Trump-er and the other NYC demonstrators, but wasn't getting anywhere ... that is, until she screamed at the top of her lungs.

It's kinda funny, but also pretty shocking ... because she then gets in the face of the main antagonist here (the dude with the red MAGA hat, sans mask) and they start exchanging heated words. She cools down by trying to talk to the other side, which seem more receptive to her words, but then goes right back to jawboning with the Trump supporter.

BTW, the Trump guy is holding a huge black and blue flag -- colloquially known as a Back the Blue symbol -- but he's not showing a whole lot of respect to the badge in person.

The juxtaposition is stunning ... this kind of anger with the backdrop of the Rockefeller Center XMAS tree. 2020, folks. 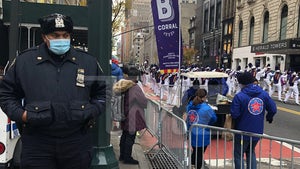 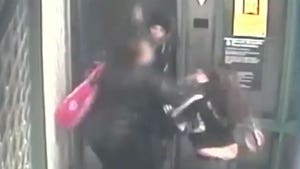