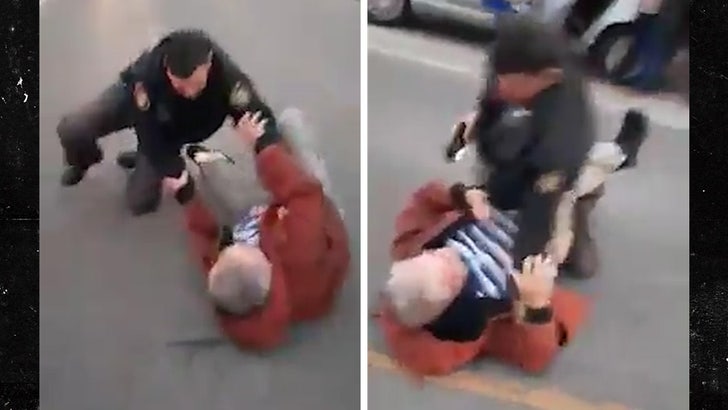 An Ohio couple says they were brutalized by cops during a simple traffic stop for tinted windows, but the Police Chief says there's way more to this story than the video shows.

It went down in Hamersville, when cops stopped a car driven by a young woman who did not have a license. Her aunt, Tammy Hampton, came with her husband Carl to take the car back home. Police Chief Guy Sutton tells TMZ, Tammy was ordered to stay clear of the car the cops stopped but she defied orders. Tammy says she was cuffed, kicked in the legs and told she was being arrested for resisting.

That's when her 65-year-old husband got involved and things got hot. He told cops, "Get your hands off my wife," and things escalated into a wrestling/punching match. The Chief says his officers took Carl to the ground after he got in the face of one of the officers.

The cop pulled a stun gun, and that's when someone screamed Carl just had heart surgery, so the officer backed off. Carl was taken into custody for obstruction and resisting arrest. Carl suffered a black eye and abrasions, but did not need hospitalization.

Tammy and Carl were not taken to jail because of COVID concerns. They were given citations and released.

For their part, the Hampton's are talking lawsuit. The Chief has launched an internal affairs investigation. 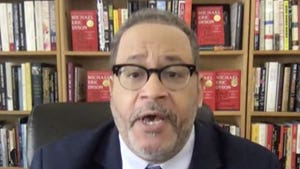