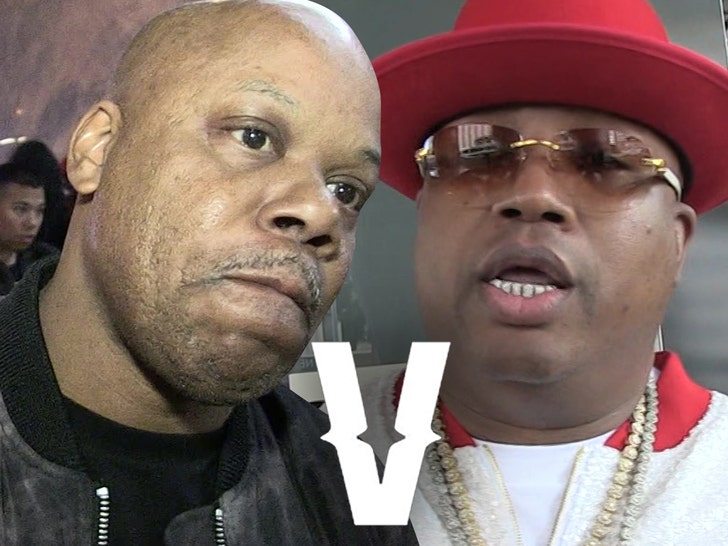 "Verzuz" is pulling out all the stops for its 2020 finale, and when Too Short and E-40 hit the stage it'll look like a full-fledged arena concert ... proving how much of a cash cow the show's become.

The Bay Area icons will face off on a soundstage in NorCal that will reflect the nearly $500,000 budget for this single event ... according to sources involved in the production.

TMZ obtained a blueprint of the stage setup for 40 and Short, and you can tell Swizz Beatz, Timbaland and Apple are thinking big. 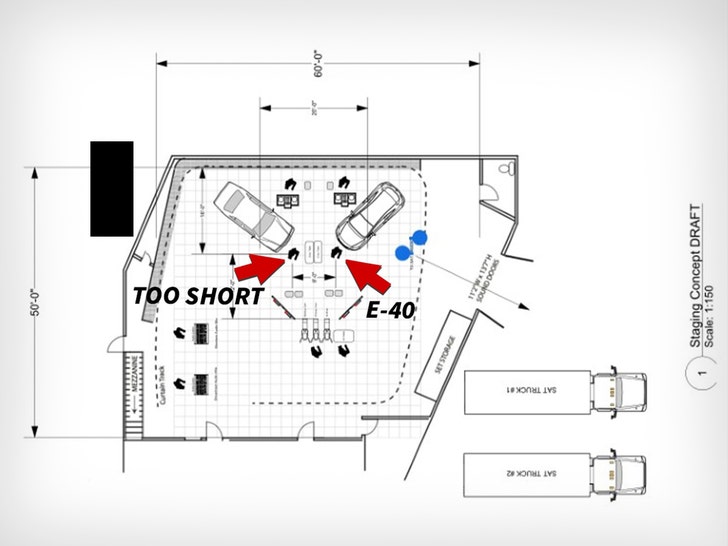 We're told the MCs will be surrounded by concert-style lighting and some expensive props -- 2 classic old school cars will be on stage behind each of them. Makes sense, both Short and 40 have told us their battle will be an homage to the Bay's hip-hop scene.

Our sources say Apple -- which is now streaming all the "Verzuz" episodes -- realizes how much of a cultural phenomenon the show is, and they're spending like it.

In fact, Short and 40 almost squared off at the Steve Jobs Theater on the Apple Campus, but due to COVID safety concerns, the show had to be moved. 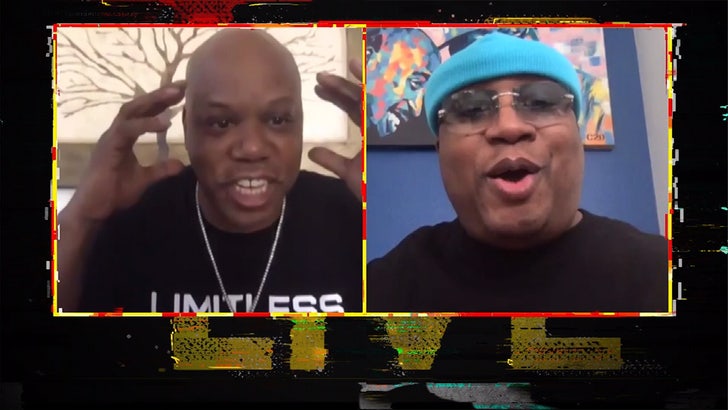 Unlike Jeezy and Gucci Mane, the Oakland legends are longtime friends who come into the "Verzuz" beef-free. However, when they came on "TMZ Live," it was very clear they're both playing to win. 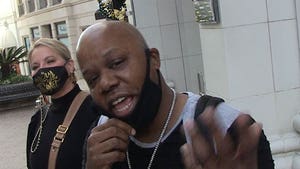 Too Short Says No Hate with E-40 for Verzuz Battle, but Knows He Can't Lose 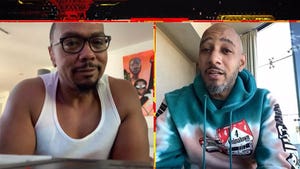