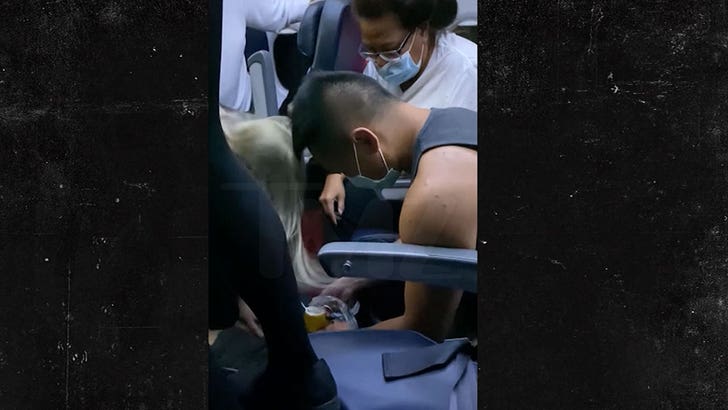 10:00 AM PT -- Now get this ... We contacted the CDC Wednesday and they told us they are not getting in touch with the United passengers. Instead, they say they have contacted various state and local health departments and they will contact the passengers. So, 9 days in, no one has contacted anyone. Incredible.

It has been 9 days since that emergency on a United Airlines flight where a passenger with COVID apparently lied about his symptoms and later died ... yet we've called passengers who were in close proximity to the man and they have still not been contacted by the CDC.

We have obtained new video of the incident as you see the man getting CPR. One of the passengers who is hovering over the man giving him chest compressions is Steven Chang, who was administering first aid for 45 minutes.

Chang has been tested and so far he's negative, but he's had COVID symptoms. We contacted him Wednesday morning and he has NOT been contacted by the CDC. This, despite United telling us they passed on the flight manifest and the CDC would be getting in touch with passengers in close proximity.

Ditto for 2 other passengers who were near the man who died. BTW, the medical examiner confirmed he died from COVID.

As we reported, United has not contacted any of the passengers to warn them. Remember, the man's wife said during the emergency her husband had lost his sense of taste and smell, and he was experiencing shortness of breath. United could have contacted passengers -- especially since many were going home to family for XMAS -- urging them to exercise caution, but United told TMZ it's the CDC's job to do that, not theirs.

Short story ... 9 days in the CDC apparently hasn't gotten in touch with any of the passengers we could find.

So, exactly how safe is it to fly? 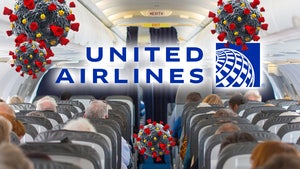 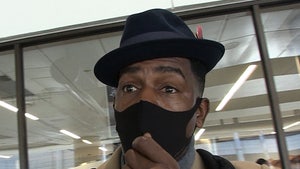