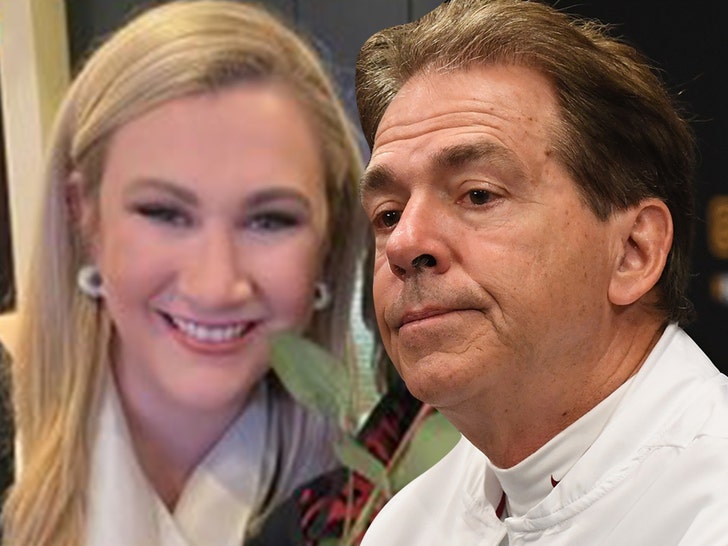 Nick Saban's daughter says she's "ashamed" she accused Ohio State of trying to use COVID-19 as an excuse to push back the national championship game ... and now, she's issuing a lengthy mea culpa.

Just minutes after reports circulated that the Alabama-OSU game could be moved from Jan. 11 to Jan. 18 due to a possible coronavirus outbreak on the Buckeyes, the Tide legend's daughter went in on Twitter.

Kristen bluntly implied the Buckeyes were making up tests to try to buy more time for star QB Justin Fields -- who was injured during the team's semi-final game against Clemson. 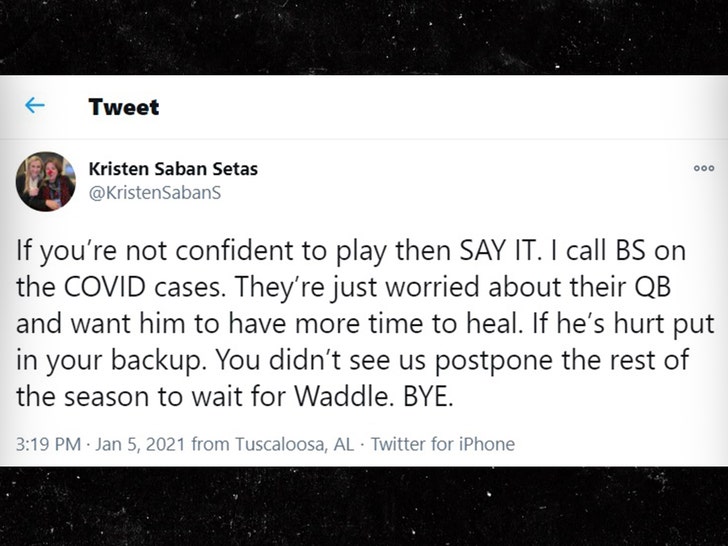 "If you're not confident to play then SAY IT," Kristen wrote in a now-deleted tweet. "I call BS on the COVID cases. They're just worried about their QB and want him to have more time to heal."

Kristen added, "If he's hurt put in your backup. You didn't see us postpone the rest of the season to wait for [Jaylen] Waddle. BYE."

Predictably, the tweet was met with heavy backlash ... and Kristen wrote out a long note titled "I'm so sorry" just a few hours later.

"The tweet I posted earlier this evening was uncalled for and hurtful," Kristen said. "I made a huge mistake and I apologize. In a moment of frustration, I let my anger get the best of me and acted before thinking."

"I sincerely regret my choice of reckless words. In no way did I intend to undermine the seriousness of the global pandemic and my heart goes out to those it has affected."

Kristen continued, "The health and safety of others is first and foremost and I pray that we all can find peace soon. I am ashamed and embarrassed. I hope you can forgive me."

The championship game, meanwhile, is still slated for Monday night despite the reports of a possible outbreak that could sideline an entire position group for Ohio State.

As for whether or not Fields will play ... OSU head coach Ryan Day says he still expects the signal-caller to be under center on Monday. 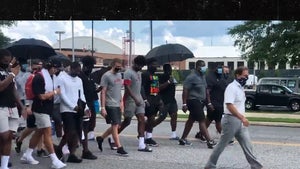