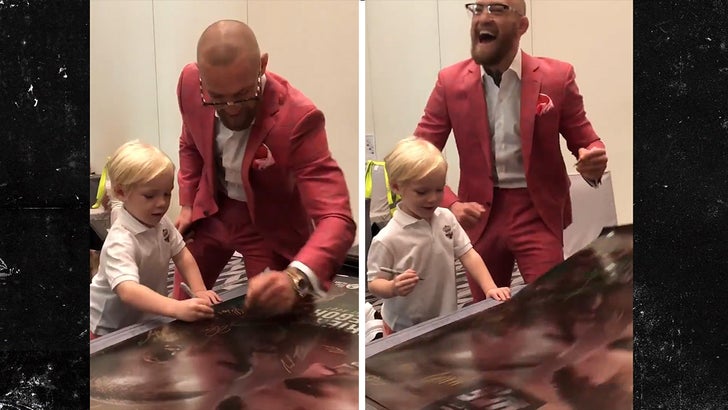 Conor McGregor Jr. is already learning the ropes of being super famous ... joining his papa for an incredibly adorable poster signing sesh ahead of UFC 257!!!

3-year-old Conor Jr. has pretty much been following in his MMA superstar dad's footsteps since birth -- from joining him in the gym to wearing stylish designer outfits together.

Conor decided to bring his mini-me along to sign some promo posters ahead of his huge Fight Island bout with Dustin Poirier ... and the kid didn't just sit around -- he got in on the action, too!!

The video is downright precious ... with Notorious walking Conor Jr. through the motions and showing him how to get through the sesh with ease.

Conor absolutely LOVES it ... laughing and smiling from ear-to-ear as his kid signs to the best of his ability.

Now, the big question is -- how much would a Conor McGregor JUNIOR autograph sell for?? Hard to tell, but these posters could very well be the first documented signature of the young boy's life.

So ... whoever gets their hands on these posters may wanna hold onto them for dear life ... just in case Conor Jr. becomes the next big UFC superstar!! 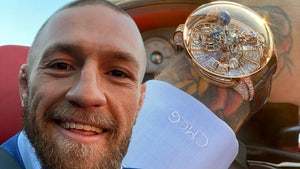