Did you know Nick Saban nearly got his ass WHOOPED by two NFL stars during his stint as Miami Dolphins head coach?!

It's true ... according to Jay Glazer -- the NFL insider revealed Tuesday that Daunte Culpepper and Zach Thomas ALMOST came to blows with the coach!!!

Glazer -- appearing this week on "The Herd" with Colin Cowherd -- said it all happened sometime after Saban accepted the Dolphins gig back in 2004.

Glazer explains ... Saban tried to use the same hard-ass tactics in the NFL that he used with college players -- and it all failed miserably!

"Nick Saban, the reason why he didn't make it in the NFL, Daunte Culpepper tried to fight him one day and the security guy stepped in," Glazer said.

"And then I think his final straw is that he questioned Zach Thomas' toughness and Zach almost kicked his butt. That just doesn't work on this level."

Glazer said he's hoping Urban Meyer doesn't follow down the same path as Saban now that he's made the jump from college to the NFL ... explaining the former Buckeyes coach just has to treat his Jaguars players differently.

"I know Urban's not one of those guys who tries to go after you and demean you," Glazer said, "but I said just make sure you don't do any of that on this level. Because it doesn't work on this level."

FYI -- things worked out pretty well for Saban after the failed stop in Miami ... he's won just about every college championship since he left the Fins for Alabama back in 2006.

Not like Thomas or Culpepper care all that much, though! 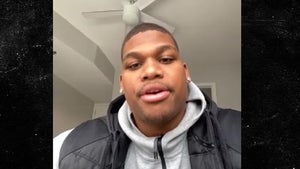 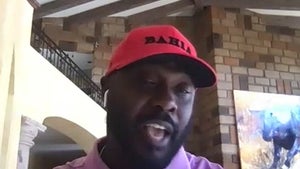