There's a new lady in NBA center Enes Kanter's life ... and it's none other than Ariana Rockefeller, the great-great-granddaughter of oil mogul John D. Rockefeller!!

TMZ Sports has learned ... the 28-year-old Portland Trail Blazers player and 38-year-old fashion designer/equestrian have been seeing each other for several months now ... after initially meeting over social media.

Our sources tell us the two quickly bonded over animal rights advocacy ... something that both are very passionate about (Kanter recently opened up about switching to a vegan diet).

We're told Kanter spent much of the past NBA off-season in New York with Ariana ... and the couple have also spent time together in Portland during the season.

The new development has been unfolding for months in the IG comments ... but this is the first time they have gone "official" on the 'gram.

However, we're told the two are not *officially* official just yet ... in other words, no labels.

Rockefeller was previously married to entrepreneur Matthew Bucklin -- the couple divorced in 2019.

As for Kanter, he was reportedly tied to WWE's Dana Brooke until they split in late December. 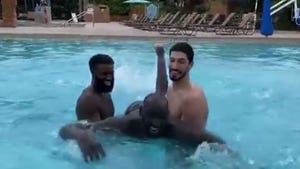 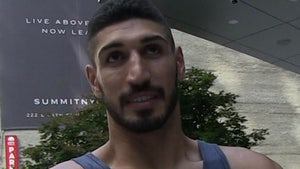