Ex-Green Bay Packers general manager Ted Thompson -- who made some of the most important moves in franchise history -- has died.

Thompson (a former linebacker) spent 10 years in the NFL as a player -- signing with the Houston Oilers as an undrafted free agent in 1975 --  before getting into the operational side of the business.

It should remembered that Ted Thompson played a huge role in building the current #Packers team. Rodgers, Adams, Jones, Clark, Williams, Bakhtiari, Linsley, Crosby, King, Lowry. It's a shame he didn't get to see this season through but those who know him know what he did for GB.

In 2008, Thompson also famously traded away the team's most famous and beloved player of all time -- Brett Favre, which ended up working out great for GB.

There's so much more ... he also landed top free agents over the years including Charles Woodson in 2006 and Julius Peppers in 2016.

He stepped down as GM in early 2018 after he was diagnosed with an autonomic disorder. He was inducted into the Packers Hall of Fame in 2019.

Green Bay Packers head coach Matt LaFleur just spoke about Thompson's death Thursday -- saying, "Our condolences go out to his family. He's a guy that's held in the highest regard in this building and around the league."

"His impact is still felt to this day when you look at our roster."

Current Packers GM Brian Gutekunst also released a statement ... saying, "Ted was a man of great character and integrity who cared deeply for his family and friends."

"He was honest and hard-working. He valued his scouts and always did what he felt was right for the Packers organization."

Mark Murphy, Packers CEO, added ... "What really stands out to me is the consistency."

"Everything is designed to make it difficult to win that way, but you look at what Ted accomplished, it's remarkable." 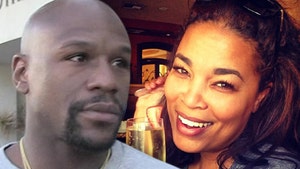