Amanda Gorman -- the famous poet who delivered a powerful speech at Joe Biden's inauguration earlier this month -- has been tapped by the NFL to read another beautiful message at next week's Super Bowl.

League officials made the announcement Wednesday ... saying the 22-year-old has agreed to write and recite a poem honoring three pandemic heroes just before kickoff on Feb. 7.

"The recitation of the poem will air nationally on CBS," NFL officials said, "and be featured in-stadium.​"

The 3 honorees the NFL has selected for the big moment are all very special Americans ... Trimaine Davis, a teacher; Suzie Dorner, a nurse; and James Martin, a Marine Corps veteran; have all been widely heralded for their roles in helping others during the height of COVID-19. 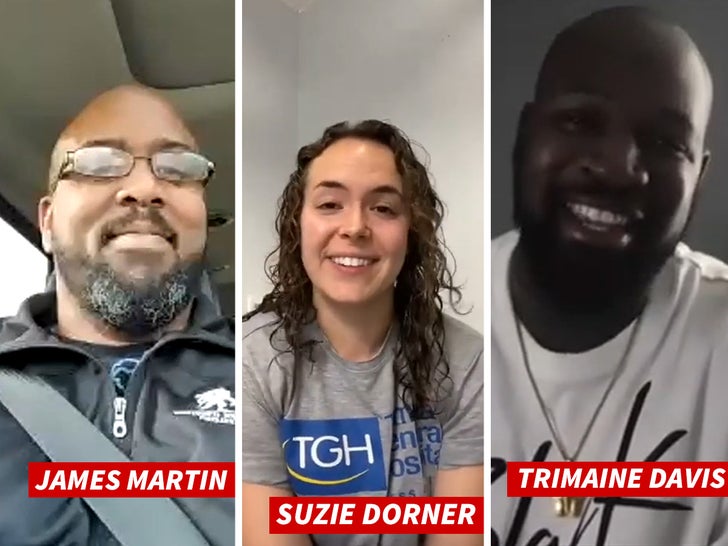 Davis, the NFL says, helped less fortunate families with technology so they could learn his teaching lessons properly over the Internet while in quarantine.

NFL officials say Dorner logged countless hours in the hospital helping sick patients -- this all while losing two grandparents to the coronavirus.

The NFL says Martin, meanwhile, helped veterans and other members of his community get through tough times during the pandemic.

The NFL recently surprised all three with trips to the Super Bowl ... having NFL legends Doug Baldwin, Derrick Brooks and Jerome Bettis break the news in an awesome fashion to the trio.

The league says all three heroes will be honorary captains at the pre-game coin toss.

"We are honored to recognize these three individuals who represent the best in all of us,” NFL commish Roger Goodell said. “During this incredibly challenging time in our lives, Trimaine, Suzie, and James have exemplified the essence of leadership, each in their own way."

"We are grateful for their commitment and proud to share their stories and recognize them during this special moment on Super Bowl Sunday."