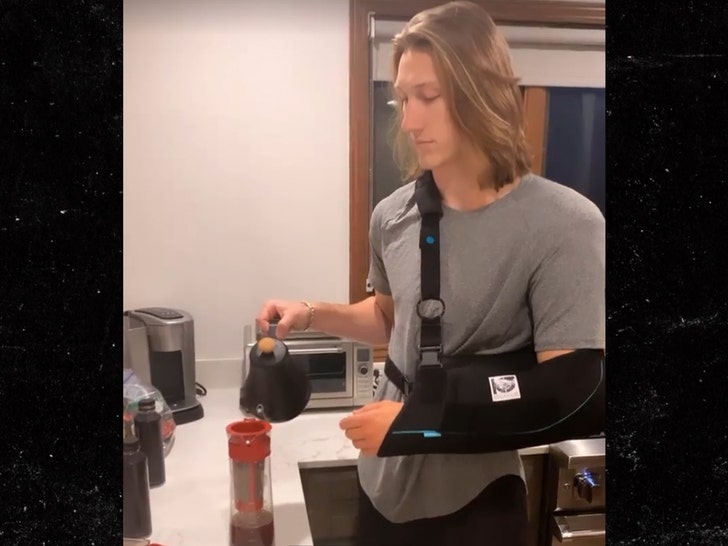 Good news Jacksonville Jaguars fans ... your next QB underwent successful shoulder surgery in L.A. on Tuesday and he's already pouring coffee on his own!

Check out former Clemson superstar Trevor Lawrence back in his kitchen following a procedure to repair labrum damage in his left (non-throwing) shoulder.

The procedure was performed by Dr. Neal Elattrache -- who has worked with some of the top athletes on the planet ... including Tom Brady and Kobe Bryant. He's also the team doctor for the L.A. Rams and the L.A. Dodgers.

In other words, Trevor is in good hands.

Now, the 21-year-old quarterback can focus on getting ready for the NFL Draft on April 29 -- when he's expected to be taken #1 overall by the Jaguars.

Lawrence recently put his talents on display during a pro day workout at Clemson where his arm -- and his hair -- looked pretty solid! 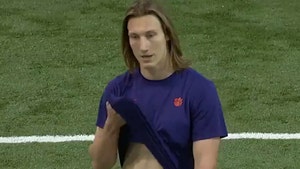