Jeremy Lin is fed up with people acting like anti-Asian American racism doesn't exist -- saying he's personally experienced the hatred on the basketball court where he's been called names like "Coronavirus."

The former NBA star -- who currently plays for the Santa Cruz Warriors -- unloaded on social media about the rising numbers of hate incidents directed at Asians in America.

Additionally, the Asian American advocacy group AAPI says it's received more than 2,500 reports of hate incidents in the U.S. directed at Asians since March 2020.

Enter Lin ... who's simply had enough.

"Something is changing in this generation of Asian Americans," 32-year-old Lin said Thursday in an emotionally-charged Facebook post.

"We are tired of Asian American kids growing up and being asked where they're REALLY from, of having our eyes mocked, of being objectified as exotic or being told we're inherently unattractive."

"We are tired of the stereotypes in Hollywood affecting our psyche and limiting who we think we can be. We are tired of being invisible, of being mistaken for our colleague or told our struggles aren't as real."

Lin -- a Taiwanese-American -- says he's motivated to make a difference to make sure future generations are treated equally and respectfully in the U.S.

Lin also noted he's been called names like "coronavirus" on the court -- and doesn't want anyone else to have to experience the same racism.

He ended his post with a simple question -- "So here we are again, sharing how we feel. Is anyone listening?" 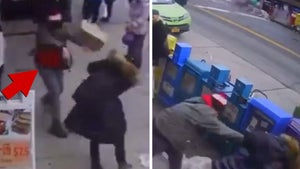 Arrest Made in Attack on Olivia Munn's Friend's Asian Mother 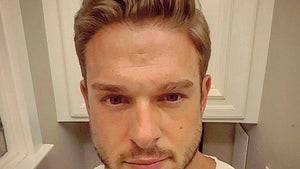