A rooster with a 3 INCH BLADE strapped to its leg slashed its owner to death during an illegal cockfighting event in India, officials say.

It all went down last week in Southern India where officials say a group of people gathered to watch the bloody sport in the village of Lothunur, in the state of Telangana.

Officials say the bird's owner, identified as 45-year-old Thangulla Satish, was attempting to handle the rooster when something spooked the animal, causing it to stab Satish in the groin area.

FYI, it's typical for birds to be equipped with blades on their legs during a cockfight -- which leads to bloodier and quicker matches between the roosters.

The whole thing is pretty horrific.

In this case, it sounds like the bird struck Satish's femoral artery -- causing him to bleed out at an alarming rate.

Officials say he died on the way to the hospital.

Local law enforcement has opened an investigation into the incident -- and say the event organizers could face up to 2 years in jail if convicted.

It's not the first time a rooster slashed man to death at an illegal cockfighting ring -- just last year, a police officer in the Philippines was killed during a raid on an unsanctioned event. 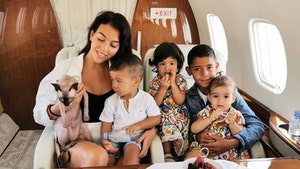 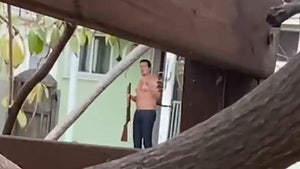