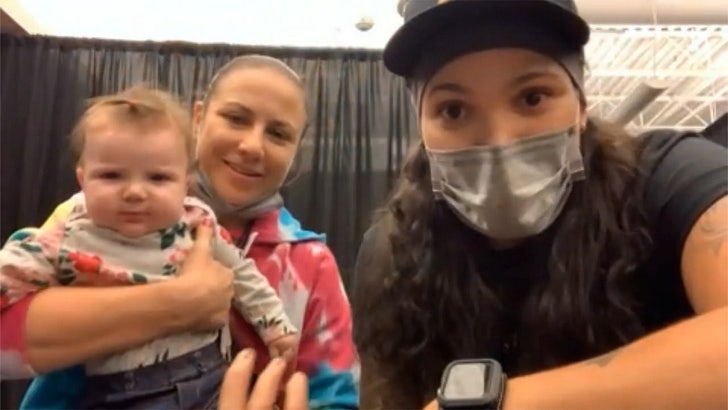 Amanda Nunes and Nina Ansaroff -- the most powerful couple in MMA -- tell TMZ Sports they're LOVING being new parents ... and they're already down to expand their family again!

As you may know, Nina -- the #5 ranked UFC strawweight -- gave birth back to the couple's daughter back in September.

Amanda -- widely considered the greatest female MMA fighter of all time -- says motherhood has been "amazing" so far ... "It's an experience that makes me very happy."

In fact, Amanda says it's been easier to parent their daughter than the 3 dogs they own!

But, the burning question ... when both of your parents are MMA stars, is the kid destined for a career in the octagon?

Nina admits she REALLY hopes their kids find another sport!

"I want her to play soccer or study or whatever she wants and really hoping she doesn't want to fight."

"Of course, will be easier for her because she has us as guidance but I don't wanna see her get punched in the face! Look at this little face! I think we're good with anything other than that." 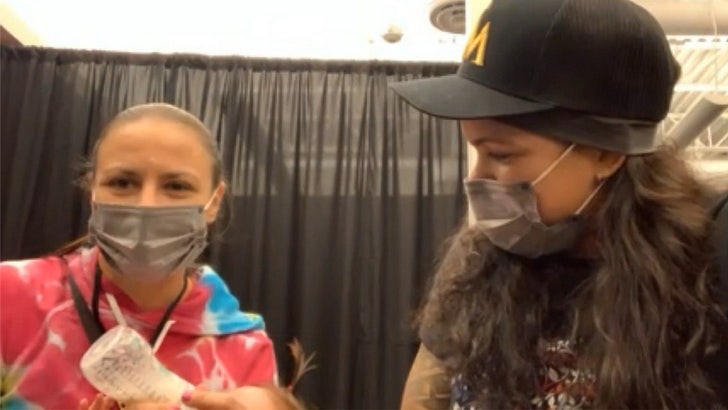 Nina is slated to return to the octagon in April to fight Mackenzie Dern -- and she's STOKED to get back to work!

As for Amanda, she's taking on Megan Anderson this weekend at UFC 259. 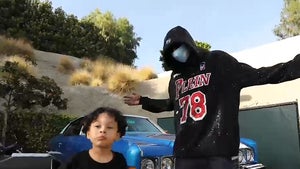