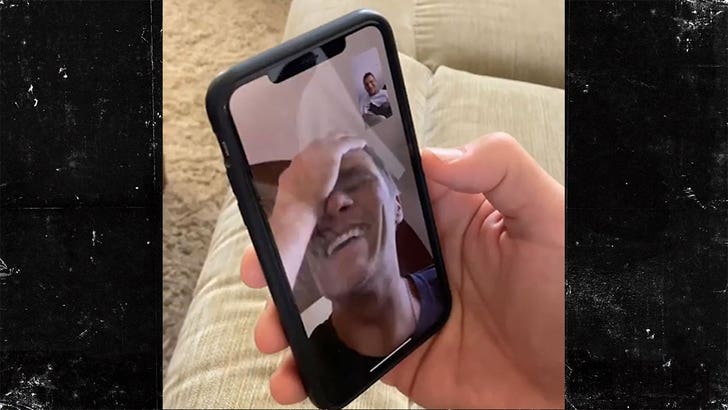 Here's further proof NOBODY in the NFL is having more fun right now than Rob Gronkowski and Tom Brady ...

Coming off their Super Bowl win (and the endless stream of ensuing partying) ... Gronk decided to play around with TB12 with an epic FaceTime prank -- and it's hilarious!!

Check out video Rob posted Thursday ... the 31-year-old tight end called up Brady, just to immediately tell him that he's "busy right now" and needs to call him later.

"Did I call you!?" Brady asked with a perplexed look on his face.

Keeping the gag alive, Gronk went back and forth with Brady about who called whom … until Brady finally gave in -- "Alright," the QB said, "I did call you.”

When the jig was finally up, Robby G let Touchdown Tommy in on the prank ... and the 43-year-old QB couldn't help but laugh and slap himself on the forehead!!!

Gronk then found another person to prank ... his dad!!!

It’s unclear who had a better grasp on the tech between Papa Gronk and Brady, but it sure looked like Rob got them both pretty good.

FYI -- the fun video is the latest edition of the #imbusyrightnow challenge -- a social media trend where celebs and people alike call their friends/family members, and immediately tell them they are going to have to call them back.

Pranksters have ranged from NBA legends like Kenny Smith and Shaq to the Kardashians, and the list of victims varies even more.

We're all waiting to see what the return fire from Brady to Gronk will look like now ... getcha popcorn ready! 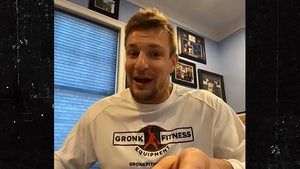 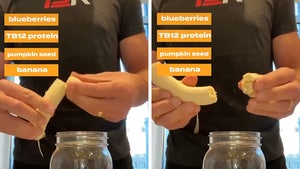 Tom Brady Hates the Ends of Bananas with a Bizarre, Fiery Passion