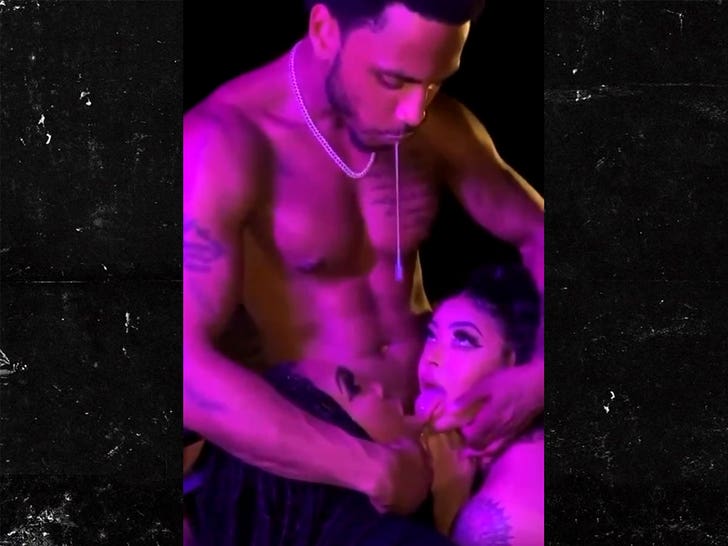 A new video of Trey Songz oozing saliva into the mouths of two women is raising a lot of questions -- perhaps most important of which being ... how in the hell is this safe?!?

Check out this 13-second clip of a shirtless Trey on what appears to be a set of some sort, with two women kneeling in down in front of his junk (which luckily doesn't make an appearance) and licking each other's tongues, as TS stands above and spits on 'em.

The clip -- which doesn't have much context at this point -- is quite gross on its face, as the internet duly noted after it surfaced and went viral. It sure seems degrading, but the two women here appear to be more than active and willing participants.

Anyway, I woke up to Trey Songz spitting in two hoes mouth this morning, wbu? pic.twitter.com/layMAnPY38

It looks like Trey's being photographed -- which is leading some to believe he's doing a shoot, a music video or another visual project.

Someone set Selena Gomez's new song, 'Damelo To,' to this video -- kinda like folks do on TikTok or IG these days -- but there's no evidence this is being shot for her song or that she's involved at all. Besides, Trey's not featured in that track ... Myke Towers is.

Anyway, assuming Trey is, in fact, on a set here ... the question must be asked -- even if everyone involved agreed to partake, how is this even being allowed in the first place amid a pandemic? Sure, you can test and whatever else ... but this act alone feels like it'd be banned on any set anywhere right now (assuming they're actually following guidelines).

Ironically ... Trey himself caught COVID back in October, so he certainly knows about the dangers first-hand. We reached out to Trey's team for more info ... so far, no word back. 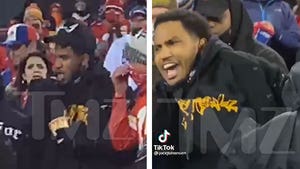 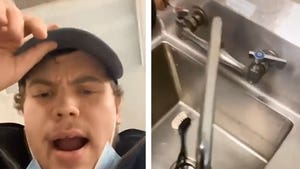