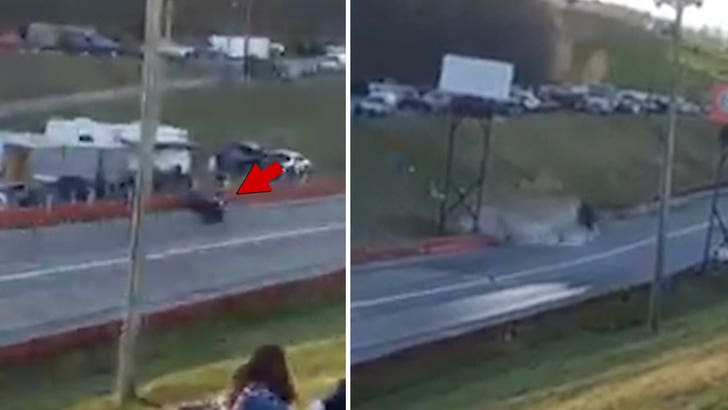 Horror at the Wilkesboro Dragway in North Carolina over the weekend -- where a car lost control and crashed into spectators, leaving a woman with serious injuries.

22-year-old Amber Garner was at the track with her family on March 20 when a purple Mustang spun out and went careening into an area where fans were watching the action.

You can hear a woman scream, "Oh god!"

Amber was struck by the car -- and quite honestly, it's a miracle she's alive.

Medical personnel raced over to provide first aid -- including securing her neck in a stabilizing brace. 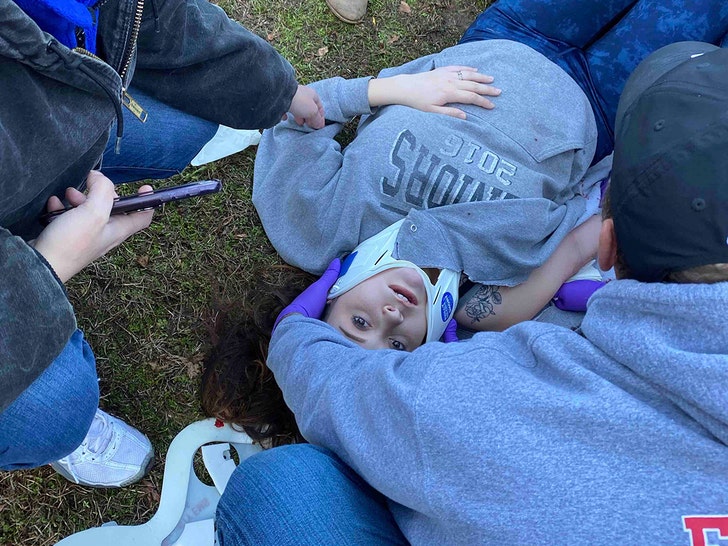 She was later rushed to Wake Forest Baptist Medical Center for treatment on her badly broken right arm.

"Her arm is broken in four places and broke her knuckle," Amber's sister explained on a GoFundMe page she started to help with medical costs.

Garner is expected to undergo at least 2 surgeries to repair the damage -- but again, it's amazing she wasn't more seriously hurt.

As for the driver of the Mustang, that person is reportedly fine -- suffering no injuries in the wreck.

Be careful out there, people. 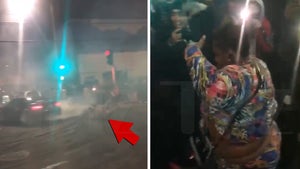 Woman Hit by Car at Oakland Sideshow, Walks Away Hyped