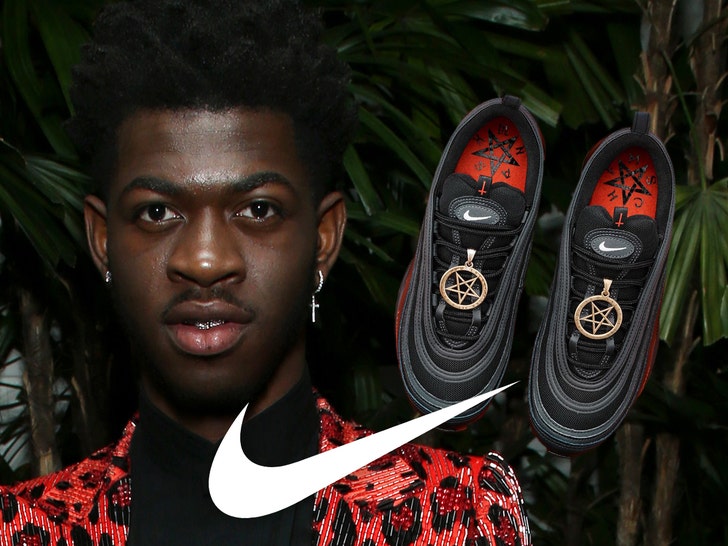 2:09 PM PT -- Lil Nas X has clearly gotten word of the lawsuit, posting a funny meme in response to insinuate going broke if he loses in court. Lucky for Lil Nas, he's not a named defendant in the lawsuit.

me after the nike lawsuit pic.twitter.com/XVLjHlSrru

Lil Nas X is in the middle of a holy war now -- legally speaking -- because Nike's going after the company making his controversial "Satan Shoes" ... a devilish connection Nike wants no part of.

The shoe giant is suing MSCHF Product Studio ... the company that collaborated with the rapper to produce the Satan Shoe, aka the "blood shoes."

If you haven't heard ... Lil Nas has been hyping the customized Nike Air Max 97 shoes which feature the pentagram symbol, a Bible verse that references Satan, and allegedly a drop of blood from one of MSCHF's employees. There are also only 666 pairs being made, and they're selling for over a grand. 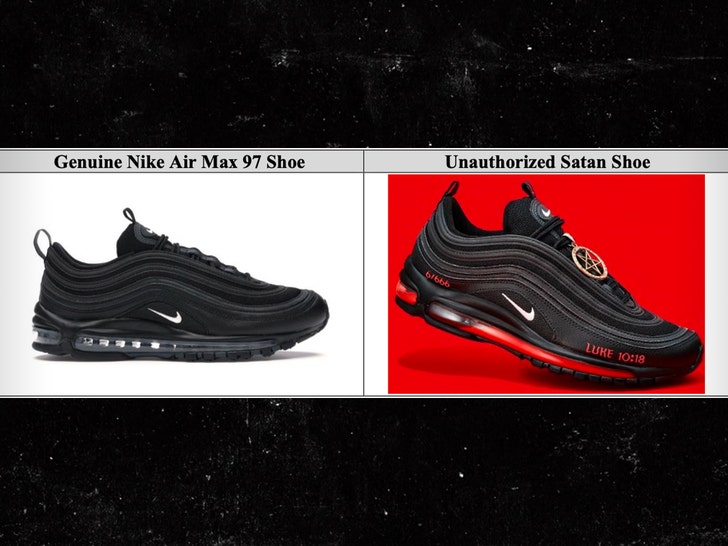 According to the docs, obtained by TMZ, Nike claims the company's tricking consumers into thinking it approved the Satan-themed shoes, but Nike insists it didn't authorize it and "is in no way connected with this project."

Nike claims MSCHF buys the shoes from Nike, then the artists it works with make their own creative modifications before selling them at a higher price.

Nike's suing for trademark infringement because the famous Swoosh logo is still prominently featured on X's shoes. It wants damages, and perhaps more importantly for Nas X ... Nike wants the judge to block all sales of the Satan Shoe.

The Satan Shoe sparked outrage within the sports world ... with stars like Trevor Lawrence and Nick Young voicing their disgust with the product.

"Line has to be drawn somewhere. Smh," the future first-overall pick in the NFL Draft said.

Young added ... "My kids will never play Old Town road again.. I’m still debating about wearing @Nike after this come [on] nike a drop of blood for real."

Young later apologized after finding out the Swoosh did NOT approve of the shoe. 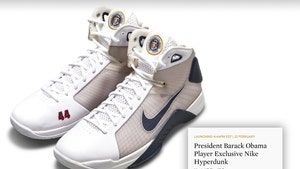 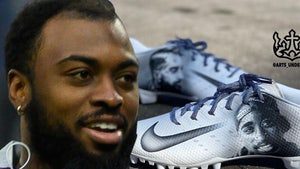