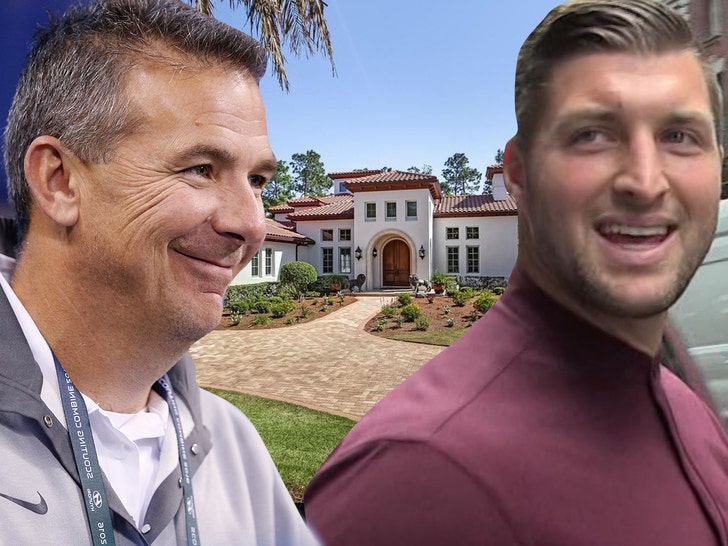 If Tim Tebow lands a job with the Jaguars, he can carpool to work with his bestie Urban Meyer ... 'cause the coach just bought a Jacksonville mansion for $2.15 million -- AND TEBOW LIVES 3 HOUSES AWAY!!!!

Of course, the two football stars developed a powerful bromance dating back to their days at the University of Florida ... when they teamed up to win national championships in 2006 and 2008. 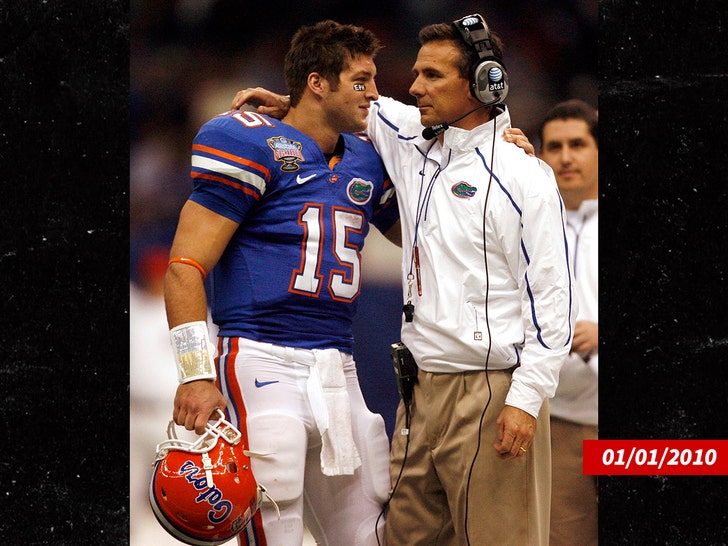 TMZ Sports has confirmed ... Meyer is the new owner of the 4-bed, 4.5-bathroom pad inside the Glen Kernan Golf & Country Club in South Jacksonville ... which just so happens to be Tebow's neighborhood.

Coincidence?? We think not. 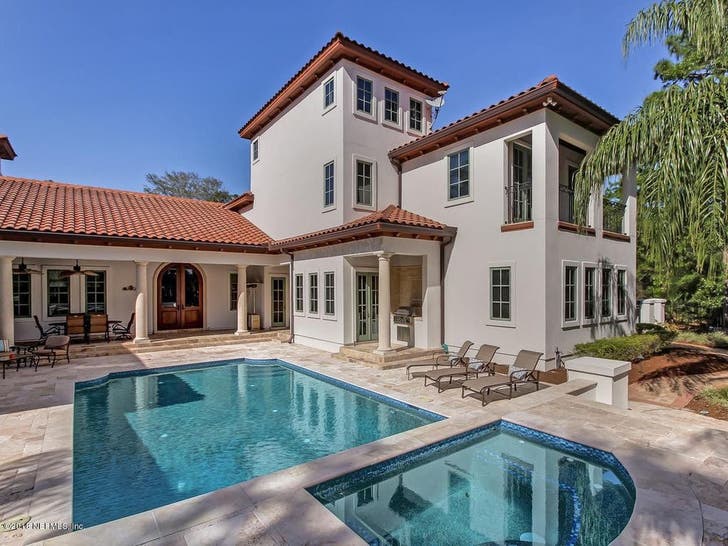 Tebow bought his home back in 2019 for just under $3 million, according to the JAX Daily Record ... and he must love the place if he's recommending the area to his pal.

As for Urban's house, it's pretty baller -- it's got a butler's kitchen, summer kitchen, game room, pool and spa ... and a freakin' elevator!!

The pad -- which was listed by Engel & Volkers Jacksonville -- also previously belonged to ex-Jags QB David Garrard from 2008-11. Small world!!

Meyer moving into the new digs comes as Tebow reportedly asked the Jags for a tryout as a tight end ... so maybe coach owes him a favor?? 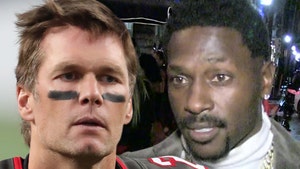 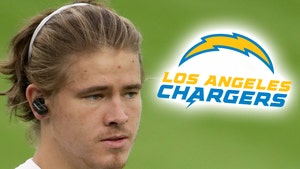