Byron Scott shares LeBron James' hatred for the NBA's play-in tournament ... telling TMZ Sports he wishes the league would cut the crap and stick to its regular postseason format.

Remember, King James teed off on the NBA's postseason rule for 2021 earlier this week ... saying, "Whoever came with that s*** needs to be fired." 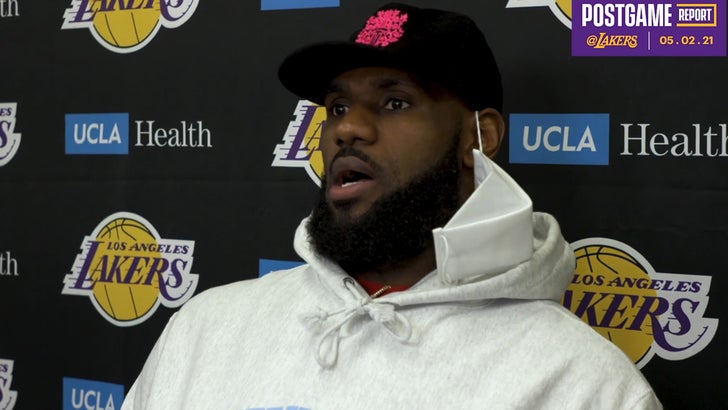 We spoke with Scott outside Il Pastaio in Beverly Hills about James' take ... and while the ex-player/coach says nobody needs to be canned over the concept, he makes it clear he thinks the idea sucks.

"I agree with him ... it should be the first 8 teams just like it's been for so many years," Scott tells us. "I don't believe in that play-in and all that stuff."

The play-in format has garnered mixed reviews ... with folks like Stephen Curry loving the idea ... and Mavericks owner Mark Cuban calling it an "enormous mistake."

Byron says it's obvious why guys like the current 8-seed Warriors would welcome the idea ... simply because it gives them a better shot at making the playoffs.

While the current 6-seed Lakers are a sneeze away from being forced into the play-in tournament, Scott says L.A. fans should take a chill pill ... 'cause it'll be "nearly impossible" for them to be sent home early.

"When LeBron gets back and he's healthy, Anthony Davis is back healthy, they're too good."

He added ... "They were together all last year. They know each other well enough. They know what they gotta do, so I'm not worried about it one bit."

Scott thinks the Lakers -- despite struggling with injuries and bad losses late into the season -- can "absolutely" repeat as champions in 2021 ... and has full faith in the organization.

We also asked how the Showtime Lakers would fare in the play-in tourney ... and Lakers fans are gonna love his response!! 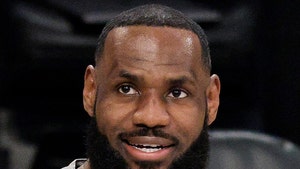