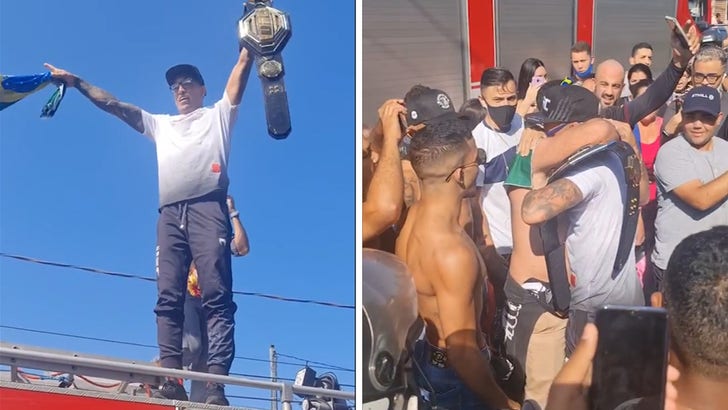 The champ is home -- and the party is underway!!!

Charles Oliveira returned to Brazil on Monday after an amazing knockout victory over Michael Chandler at UFC 262 on Saturday night ... and the people are going crazy!!!

Oliveira rode on top of a fire truck as he returned to his favela in Brazil -- where crowds of people were cheering for the 31-year-old UFC lightweight champ ... and literally dancing in the streets!

Oliveira has been fighting in the UFC since 2010 -- and went through some hard times over the years ... leading some to wonder if he would ever reach his potential.

Well, he did just that on Saturday -- overcoming adversity to floor Chandler in the 2nd round of the championship fight.

Oliveira has been glued to the belt ever since -- even sleeping with it on Saturday night ... and can ya blame him?!!

Now, he's back home to continue the celebration -- and it's clear he's made his country proud!!!

Charles' coach Diego Lima posted footage of the welcome party -- and said, "Brazil is celebrating, the Favela is celebrating, @charlesdobronxs number 1 in the world, CONGRATULATIONS bro!"

Lima added, "Thank you for bringing this happiness to our country, thank you for showing that everything is possible for those who believe, you shocked the world once again, and it's just the beginning of a legacy!!!!" 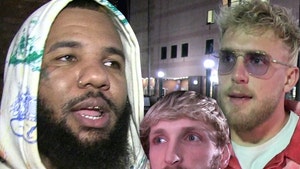