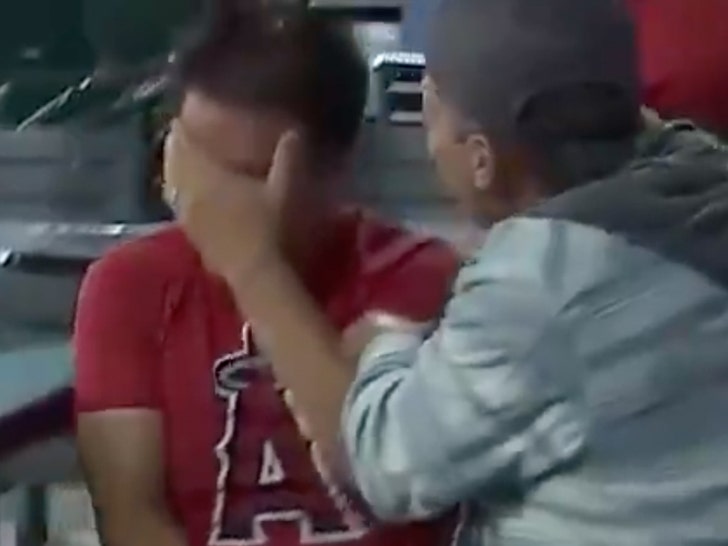 An L.A. Angels fan was comically beaten to a pulp trying to chase down a foul ball ... and the whole wacky incident was caught on broadcast cameras!!

It all went down during the Halos' game against the Royals in Anaheim, Calif. on Wednesday night ... when a dude's valiant effort to hunt down a baseball turned disastrous.

Man tried to catch a baseball, missed and it bounced and hit him in the chin, then he hit his head on a table 😬 pic.twitter.com/d3bFGLcKvU

You can see in footage, the ball dropped down from the sky ... and, despite the guy being in the perfect position to make the play, it took a nasty hop and drilled him in the throat!

But, things got worse seconds later ... 'cause when he went to run down the ball as it ricocheted under a table -- he smacked his face right on the corner of the ballpark furniture!

The worst part? He didn't even come away with the baseball ... 'cause he was so embarrassed, he let another fan rip it from his hands!

This may be the @MLB fan catch of the 2021 season so far. Watch this @Padres fan catch a foul ball, which bounced off the upper deck façade, WITH A BABY IN HER ARMS! pic.twitter.com/iy5Z0EGD4o

Just another reminder, not everyone can be like SuperMom from Wednesday's Padres game. 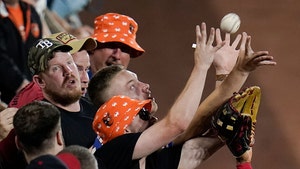 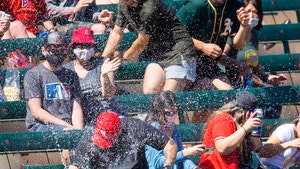