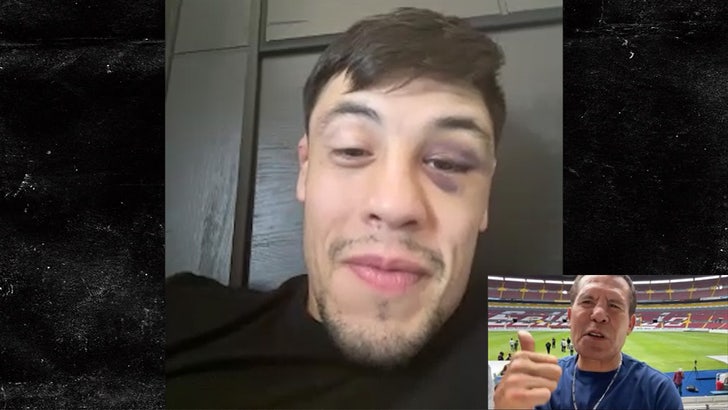 Brandon Moreno is the 1st Mexico-born UFC champ ... and the newly crowned flyweight king just received a heartfelt message from Mexico's arguably greatest athlete ever -- and it's impossible for this to not make you feel good.

TMZ Sports recently talked to 58-year-old Julio Cesar Chavez Sr. (he's fighting this weekend) ... and we asked the former boxing superstar if he had a message for Moreno following his historic victory.

We played the message for the 27-year-old, Assassin Baby ... and it was awesome.

Chavez's message ... "A lot of blessings, and remember that the difficult part is not to get where he is at, but to endure. That’s the tough part. Blessings and God bless."

Moreno's reaction ... "Man, that is crazy. That definitely crazy, you know? He’s an example for me. Actually, it’s not just for me, I think for every single Mexican, for the fans of boxing, for the fans of combat sports around the world."

Brandon continued ... "Julio Cesar Chavez is a legend. A living legend in Mexico and that makes the message for me so special, and I’m very grateful to hear that." 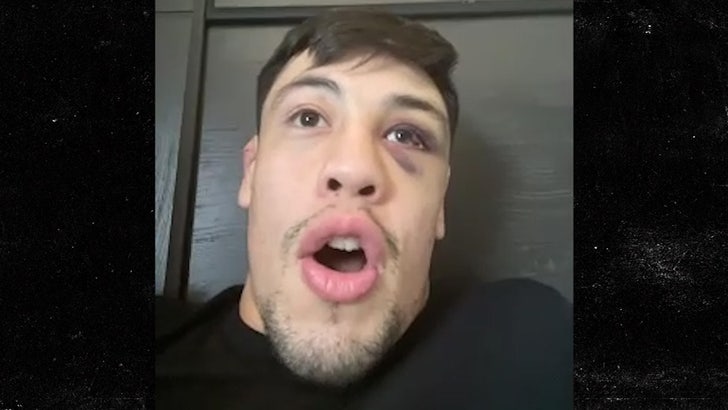 We also talked to Brandon about who he wants next ... and whether a trilogy fight with Deiveson Figueiredo -- who BM submitted in the 3rd round at UFC 263 -- could be in the works.

"[Deiveson's] always a possibility, you know? He’s the former champ, he looks impressive in his last performance, but I don’t know, man," Moreno says.

"I don’t know what to think, but to be honest I think the fight was very dominant by myself."

Since he clearly isn't feeling a rematch -- at least not right now -- Moreno did throw out a few possible opponents that he'd like to fight later this year. 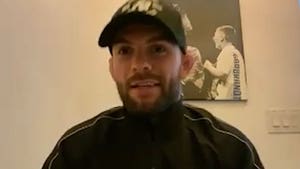 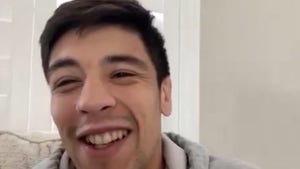