Tom Brady and Patrick Mahomes are out to prove the Madden Curse is officially dead ... with the Super Bowl LV foes set to appear on the video game's cover yet again!!

Remember, EA Sports' biggest franchise was notorious for the bad luck each cover athlete would have after receiving the honor -- from Mike Vick to Marshall Faulk to Vince Young, Peyton Hillis and more.

This is Madden like you’ve never seen it...
It’s a whole new vibe with ALL-NEW Dynamic Gameday

Now, the superstar athletes are set to stare the curse right in the eyes yet again ... and if they have baller years, it may be time to put the "Madden Curse" to rest for good.

The game had been teasing "2 goats" would appear on the cover ... and anyone who's been watching football the past few years had to see this one coming. 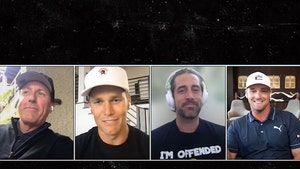 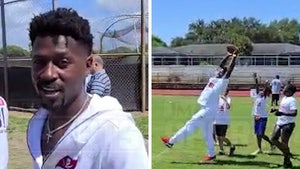