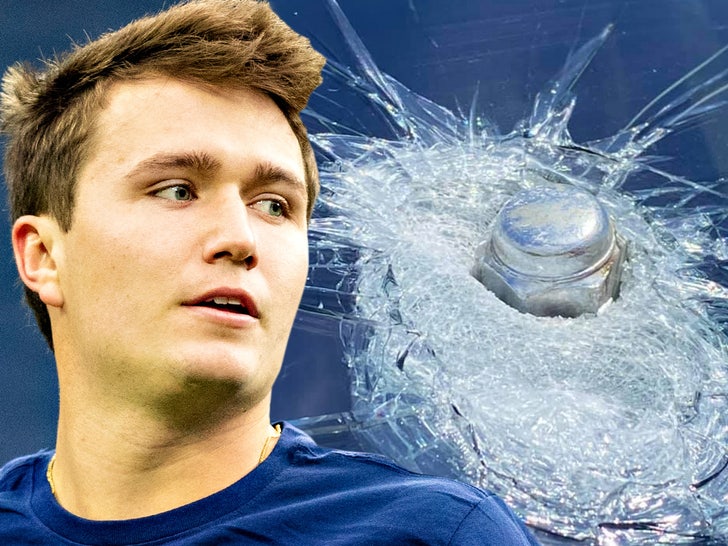 Drew Lock is VERY fortunate to be uninjured today ... cops say a stray lug nut smashed into the QB's windshield on the road on Wednesday -- but, thankfully, it didn't hurt the NFL star.

The Kansas Highway Patrol assisted Lock after his car had the run in with the wheel nut ... and in pictures they posted, you can see just how close Lock was to catastrophe. 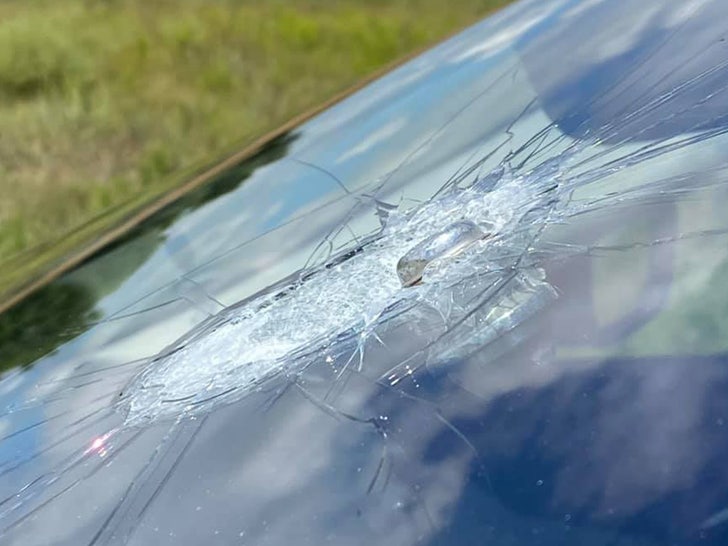 The nut hit the Denver Broncos signal-caller's ride so hard ... it wedged itself into the glass, causing major damage and nearly shattering the whole thing.

Lock, though, walked away from it all just fine ... and even took a smiling picture afterward with the officers who helped him out!! 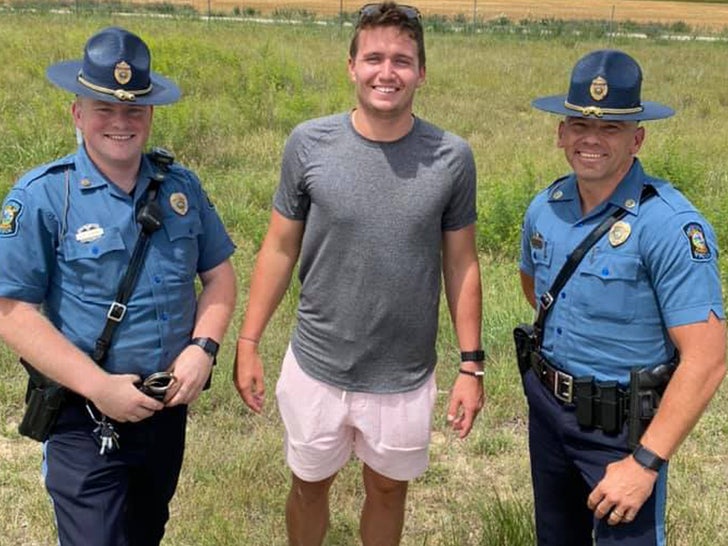 One of the KHP troopers who was on the scene told KDVR after the incident that he believed Lock's athleticism played a role in keeping him safe throughout the ordeal.

.@TrooperBenKHP says Lock's athletic ability may have helped him avoid a serious injury. He says Lock was able to avoid a bouncing tire before the lug-nut was intercepted by his windshield. @KDVR pic.twitter.com/RVOC7bhJtM

"He did what we want," the trooper said. "He was alert. He was quick to react and start taking the actions needed to keep himself and others safe." 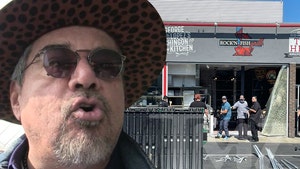 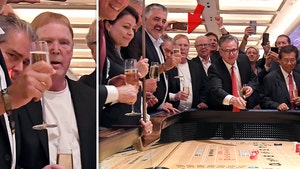