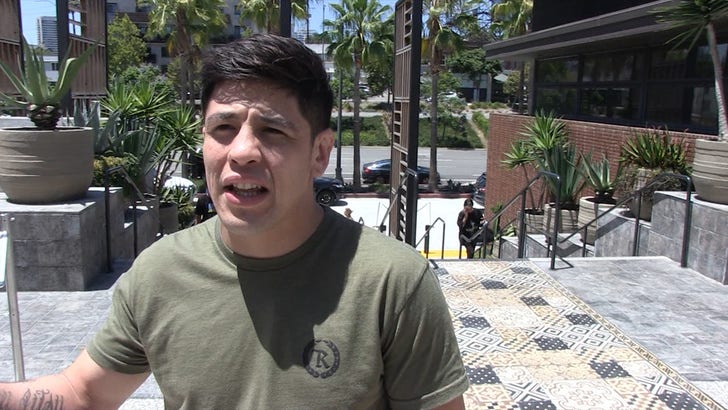 UFC's newest flyweight champ Brandon Moreno is hunting for his next big fight ... telling TMZ Sports he wants to take on the ex-bantamweight champ Cody Garbrandt -- if the dude's willing to drop some pounds.

We caught up with the 27-year-old Mexican star fresh off last month's huge win over Deiveson Figueiredo ... and while "Deus Da Guerra" wants an immediate rematch, Moreno says he's got some work to do before getting the trilogy fight.

"I think he needs to fight against another guy because the last fight wasn't even close," Moreno tells us. "Domination from the first through the third round."

Moreno loves the idea of scrapping with "No Love" -- the guy who held the bantamweight belt in 2016 -- saying it's exactly the type of opponent he's looking for.

"I'm interested in that fight because he's a huge name. He's a possibility."

Of course, Moreno and Figueiredo's first fight in 2020 ended in a draw ... and "The Assassin Baby" got the W last month via 3rd round submission, becoming the first Mexican-born UFC champ.

Moreno's clearly down to give Figueiredo his rematch down the line ... but says a fight with a guy like Cody is his priority. He also gives another possible opponent ... and you'll wanna hear what he says. 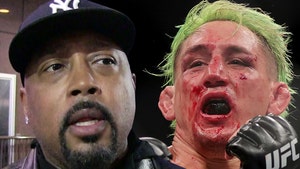 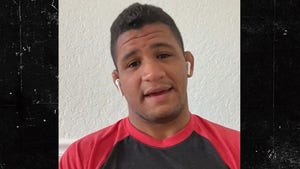