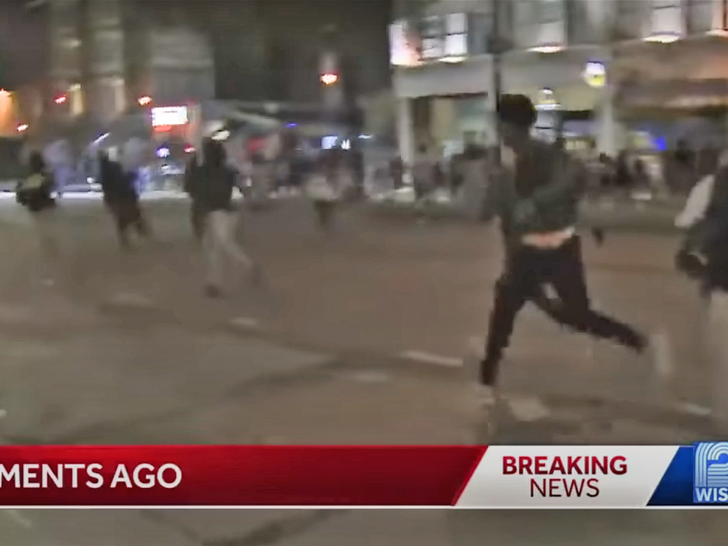 Dozens of gunshots sent celebrating Milwaukee Bucks fans running for their lives after Tuesday night's NBA championship game ... and video from the scene is chilling.

It all happened near Fiserv Forum, where just minutes prior to the chaos, Giannis Antetokounmpo had helped earn Milwaukee an NBA title with a victory over the Suns.

Multiple cameras captured the terrifying images from the streets surrounding the arena ... and in footage from WISN12 News' broadcast -- you can see just how horrifying the situation was.

Gunfire erupted loudly and repeatedly near hundreds of fans who were celebrating the victory ... and it all grew so intense, people could be seen sprinting from the area in fear.

Terrifying moments on Water Street as dozens of shots ring out where crowds of #Bucks fans were celebrating the win @cbs58 pic.twitter.com/DZqTjRrkc4

Milwaukee Police have not given specific details surrounding the shots yet -- but officials did say in a statement Wednesday that 3 people were injured in shootings shortly after the Bucks won it all.

According to cops, a 19-year-old woman, a 32-year-old man, and a 22-year-old man all suffered non-life-threatening injuries.

Police added they've launched an investigation into it all.

The moment in the Deer District when the Milwaukee #Bucks won the #NBAFinals for the first time in 50 years. 65,000 are here to witness history outside of the Fiserv Forum.

Just before the gunfire broke out ... the scene was epic in Milwaukee -- with more than 60,000 fans cramming into areas near the stadium to watch the game and then celebrate the win afterward.

Some were seen climbing on street poles after the victory ... while others were caught on camera leaping into the Milwaukee River.

Bucks fans are jumping off a bridge into the Milwaukee River near Pere Marquette Park pic.twitter.com/nIYtP1zPeF

The NBA championship is Milwaukee's first since 1971. 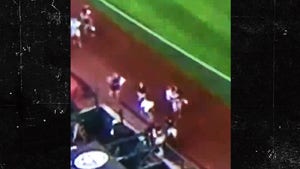 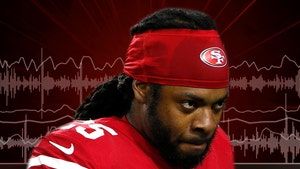