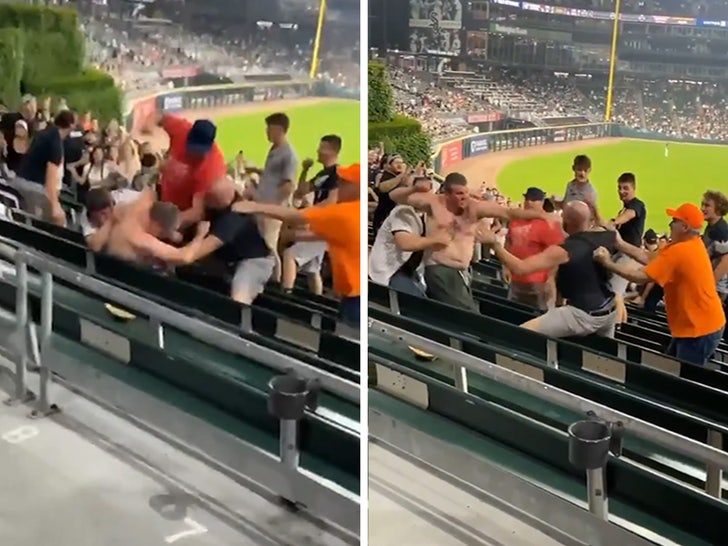 A shirtless MLB fan's face got demolished by several men in a wild brawl at the White Sox game Tuesday night ... and the insane fracas was all caught on video.

The melee went down at some point during the Sox's tilt with the Twins at Guaranteed Rate Field in Chicago ... when men let their fists fly in the stadium's left-field bleachers.

Another night, another fight in the LF bleachers between to fat, white trash dudes (via @Tmh31898Hecker) pic.twitter.com/KkllNzzoB7

You can see in the footage ... the fight was violent -- with haymakers being thrown, and landed, repeatedly.

The man without a shirt took most of the damage ... eating flurries of punches from multiple people involved in the skirmish.

To the guy's credit, though, he had quite the chin ... 'cause he took everyone's best shot -- and still wanted more.

It seems at some point cooler heads prevailed ... 'cause when we reached out to cops over the incident, they told us no arrests were made.

As for the game, the Sox used a big 8th inning to railroad Minnesota, 9-5.

Now can everyone just behave? 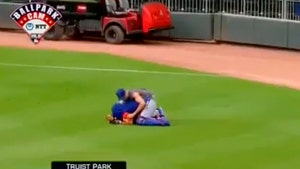 Jacob DeGrom Horses Around With Teammate Before Game, Mets Fans Freak Out!