The lawyer calls the government's latest claim "absurd," and says it comes after a nearly decade-long investigation and a related trial in which Shah's name was never mentioned.

Chaudhry says ... "This is just their latest made-up allegation, and like all others, totally unsupported by evidence."

Jen Shah's fraud case just went from bad to worse, because the feds have lumped her into a group of suspects with "greater culpability" in the telemarketing scheme that allegedly targeted elderly people ... and accuse her of being one of the leaders of it.

According to new legal docs obtained by TMZ ... "The Real Housewives of Salt Lake City" star is one of 6 people in the U.S. Attorney's "Tier A" category for the alleged crimes.

The prosecutor claims these people -- 2 of which have already been sentenced to 78 months and 60 months in prison in the case -- were more "senior participants" in the scheme and continued to participate in it even when they knew criminal charges could be coming.

The U.S Attorney says the Tier A suspects were "responsible for orchestrating the broader scheme" and that Shah specifically "obtained leads directly from lead sources and provided them to, among others, coaching sales floors operated in Utah and Nevada."

Shah and her assistant, Stuart Smith, are also accused of owning and operating a sales floor in Manhattan that was a major part of the alleged telemarketing scheme ... and Smith is in Tier A as well.

As we reported ... Shah was arrested in late March for allegedly targeting and scamming people -- "vulnerable, often elderly, working-class people" -- out of their money.

She pled not guilty and was released on strict conditions.

We reached out to Jen's attorney ... no word back. 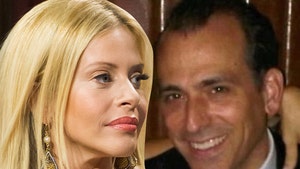 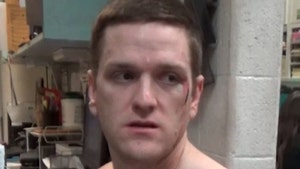