Kyle Kuzma's SUV was stolen ... and then taken on a joy ride that led to a high-speed chase, and an eventual crash.

Law enforcement sources tell us ... Kuzma's Chevy Tahoe SUV was stolen somewhere in Hollywood and eventually became involved in a police pursuit around 1:30 AM early Sunday morning. The chase, we're told, ended with the suspect hitting a cop car, and sending an officer to the hospital with minor injuries. 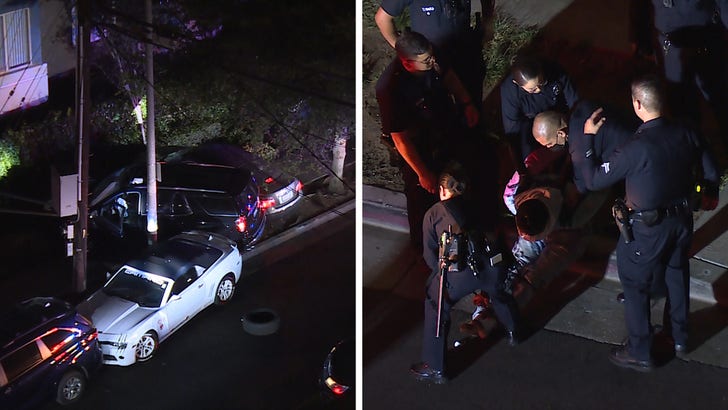 The suspect was eventually nabbed, and we're told he'll be booked on a number of charges. Eyewitnesses on the scene tell us the Tahoe came to a halt when it finally crashed into a gate at Belmont High School, just outside of DTLA ... which is a ways from Hollywood proper.

We're told the driver was detained, and taken to a hospital ... as they appeared to have suffered some sort of a leg injury. Some of the aftermath of that wreckage was captured by photogs who showed up on the scene ... and it looks like a lot of police were called in to deal.

It's unclear if the vehicle was stolen from Kyle's house, or just off the streets somewhere.

In any case -- sources familiar with the situation confirm to TMZ that the SUV is, indeed, registered to Kyle ... but we've been assured, he had nothing to do with the incident itself. We're told Kyle's manager drives the car, and is the one who filed the police report. Kyle wasn't even made aware the car was gone until sometime Sunday morning.

Like we said, tough break for Kuz ... who just got traded away by the Lakers ... and is on his way to Washington D.C. Not the greatest farewell gift L.A. could give him 😅. 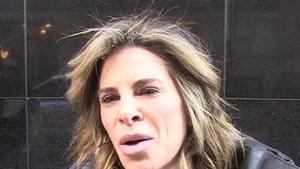