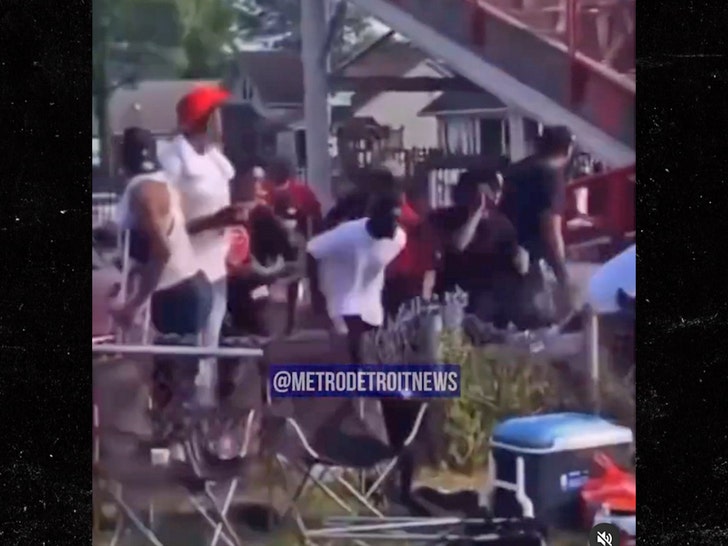 A violent shootout near a youth football game in Detroit on Sunday was captured on camera ... and the shocking footage is horrifying.

Cops say it went down at around 6 PM at a local park while children were playing in a local sports league ... when two groups pulled out guns and fired on each other after an argument.

A witness captured the chaos on their cell phone -- and the video is terrifying, showing dozens of people running for cover as multiple rounds of gunfire went off.

Officials say three males -- aging from 14 to 15 years old -- were shot in the melee ... but somehow, officials added none of the children in the area were struck by bullets.

"Very unfortunate and unnecessary situation when you've got people using gunfire to resolve whatever disputes that they are having," said Detroit Police Department's James White, who added the three teenagers were transported to a local hospital and are currently in stable condition.

"Certainly could have been a lot worst."

Police say they recovered two firearms from the scene and made several arrests -- but added the investigation is still ongoing.

"We're confident that we've got some of the shooters," White said.

Officials say they're still looking for a brown Jeep Grand Cherokee with the Michigan license plate EZK8554 that they believe is connected to the shooting. Anyone with information is urged to call the Detroit Police Department at (313) 596-1000. 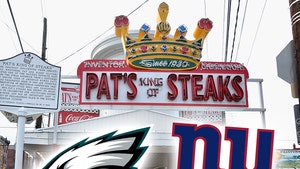