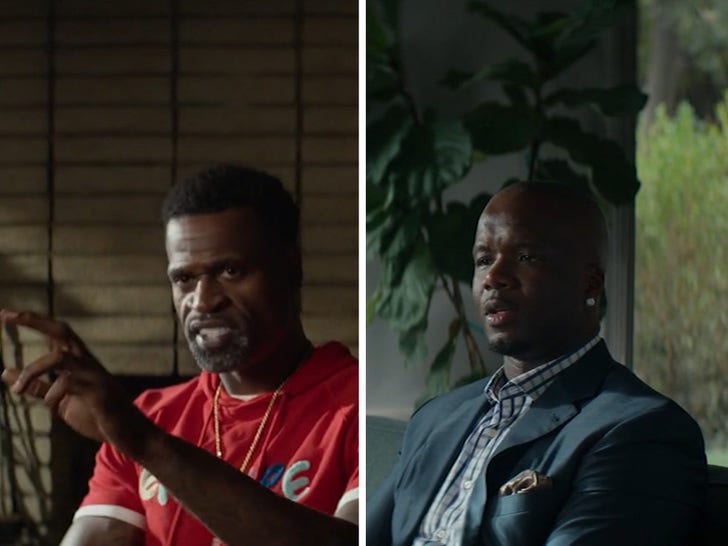 Ex-NBA star Jermaine O'Neal says the backlash following the infamous 'Malice At The Palace' was brutal and wrong ... claiming he and his teammates were labeled "thugs" after the brawl.

The 2004 incident between the Pacers, Pistons and fans in attendance is one of the most memorable moments in NBA history -- Metta Sandiford-Artest (Ron Artest at the time) rushed into the stands and fought a spectator after a drink was thrown at him ... and absolute chaos ensued.

Metta was suspended the rest of the season, Stephen Jackson was hit with a 30-game ban and O'Neal received a 15-game punishment for their involvement in the fight ... the biggest suspensions in NBA history.

Now, Stak and JO are reflecting on the brawl for the new Netflix series 'Untold' (which debuts Tuesday) ... saying the criticism they received after the event was unfair.

"Ron, Steve, JO, it's their fault," Jackson said. "They were being thugs! They were acting out of line!"

O'Neal added ... "Like all of a sudden, my character is in question."

"These are thugs and everybody else signing off, 'yeah, rap music' and this -- well they're not saying that when hockey is beating the hell out of each for decades."

O'Neal is seemingly highlighting the double standard that exists between the reaction to black basketball players getting in a fight and the same thing happening in a predominantly white sport.

Even though the incident happened nearly 20 years ago, the points O'Neal raises remain significant. 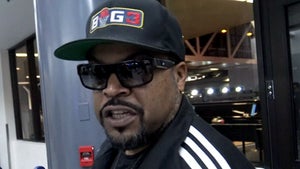 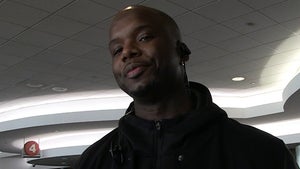