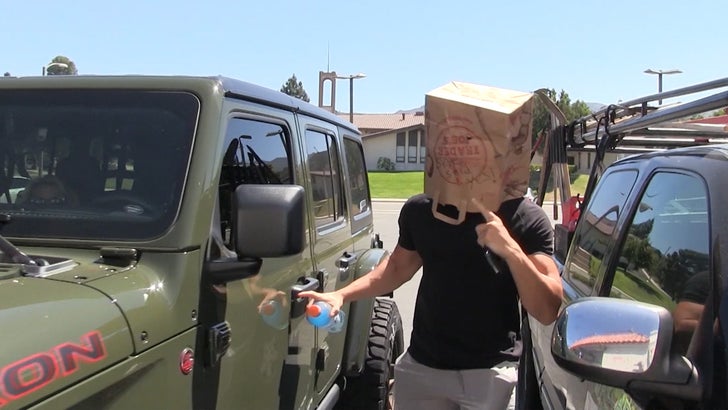 Britney Spears' fiance is wearing his emotions on his face after their engagement ... and the bag over his head might be a metaphor for how he kept his proposal plan hidden.

Sam Asghari had a pep in his step Monday as he made a pit stop at a 7-Eleven ... grabbing a Gatorade inside before hopping in his Jeep with his bride to be ... and wearing a Trader Joe's bag over his head with the words, "She said yes!" 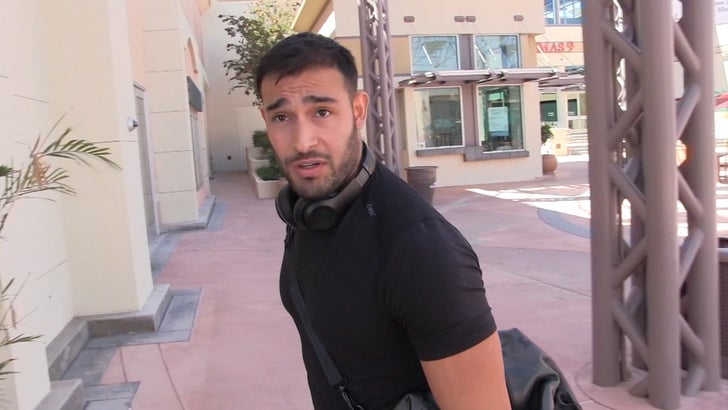 Britney's fiance was rolling solo later in the day when a photog caught up with him going inside a gym for a workout, with Sam saying the road to their engagement wasn't easy.

It's interesting ... Sam says he had to keep the custom engagement ring secret for 3 months ... but he's not giving out any free game on how to woo a pop star.

As we reported ... Sam popped the question Sunday at Britney's home and she said yes, and he gave her a huge rock with "lioness" inscribed on the band.

Sounds like Sam's also keeping a secret when it comes to the wedding date ... he says it's Britney's call because, as he puts it, she's the one wearing the pants. 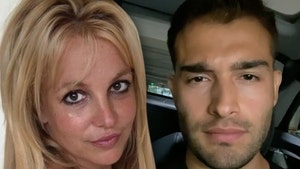 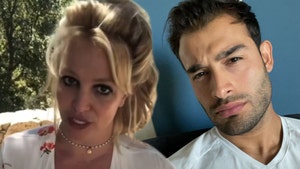