The 1992 NBA Dunk Champ first announced he was in the ICU for 10 days on Sept. 7 by posting a photo of himself with an oxygen mask on -- saying COVID was "kicking my butt".

And, even after testing negative for COVID a week later, he was still in the ICU with breathing issues linked to the virus -- and asked everyone to pray for him. 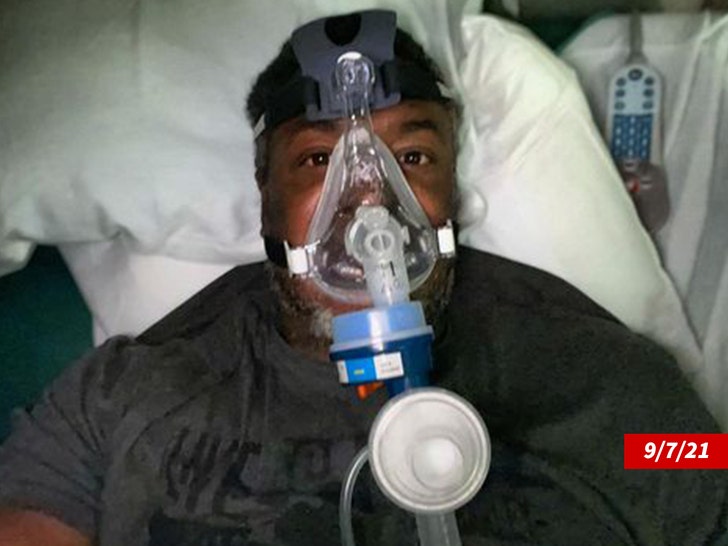 Well, the prayers apparently worked ... Ceballos thanking everyone -- including medical professionals -- on Tuesday for getting him back home alive.

"Hello everyone, after 20 straight days on death row, through his grace and your well wishes and prayers, I AM HOME," Ceballos said on his social media.

"I can not thank each and every one of you enough for your help. The doctors and nurses did a great job especially in my darkest days, when I needed that extra push."

Ceballos added, "There are two things that get you through something like this whether you were vaccinated or not. 1, your will to fight and want to live and 2, your health care, because you are treated way different if you are covered, than not."

"Thanks again everyone and I will see you soon…."

The 52-year-old played in the NBA for 11 season with the Suns, Lakers, Mavericks, Pistons and Miami Heat -- mostly known for his blindfolded dunk in the 1992 Slam Dunk competition.

Ceballos also made the 1995 All-Star team and played overseas after retiring from the NBA.