New York Giants star offensive lineman Nick Gates will need another surgery to try to repair his broken leg ... and there's now a fear the operations could end his career.

Gates horrifically snapped his left leg while pass protecting during a play in the Giants' loss to the Washington Football Team last week ... and, despite early optimism of a full recovery, head coach Joe Judge says his rehab has hit a snag.

WARNING - this is ugly.

I hate doing this, but seeing as the broadcast isn't showing a replay, here's the footage we got of the Nick Gates injury.

Look at the bottom right of the video. pic.twitter.com/RlAspV4hHb

Judge told reporters Thursday Gates is still in a hospital in D.C. ... and will need more work to fix the wound completely.

"We’re confident he’ll be able to come back," Judge said, "but, yes, it could be career-ending."

Giants center Nick Gates walking after fracturing his leg against Washington on Thursday.

Gates had seemed to be making good progress after the initial procedures ... 'cause just a few days ago, he was walking with the help of a walker.

Now, though, his football career appears to be very much in jeopardy.

If it is the end, Gates had a hell of a run in the NFL ... the 25-year-old started 21 games in a little over two seasons with New York and had just been named a team captain. 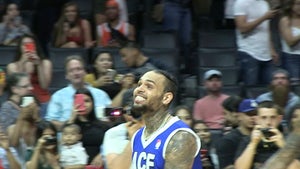