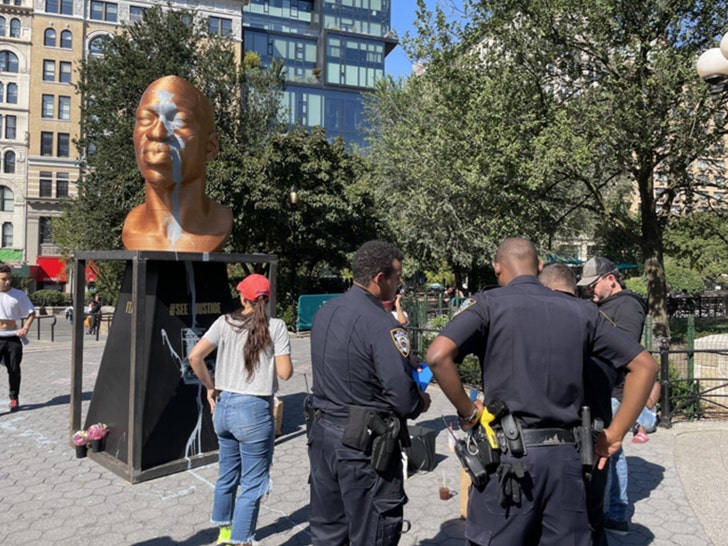 11:00 AM PT -- Law enforcement sources tell TMZ ... security camera captured the vandalism in the act this morning around 10 AM ET, when a male was seen mixing something while ducking behind the John Lewis statue. We're told he then hopped on a skateboard and cruised past the Floyd statue, chucking whatever mixture he had in hand, and fled.

Our sources say eyewitnesses were on the scene, but didn't react to what had happened. The NYPD is investigating.

A statue of George Floyd in Union Square has been vandalized with paint not even 48 hours after it was unveiled to the public in an emotional ceremony.

The statue, which is one of 3 -- including Breonna Taylor and John Lewis -- was smeared with what appears to be grey paint ... it's currently unclear who carried out the attack on the art, but it seems to have happened Saturday night into Sunday morning. 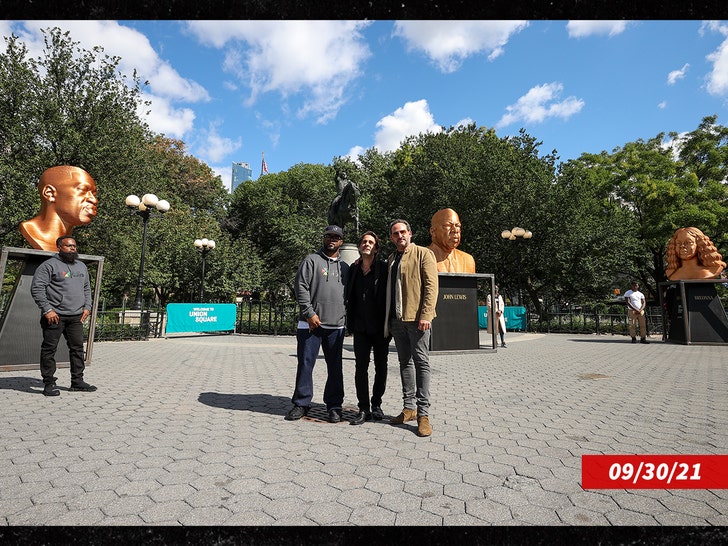 A photo posted by reporter Shannan Ferry shows the extent of the damage.

#BREAKING: an organizer from the non profit We are Floyd tells me the George Floyd statue in Union Square was vandalized. It was also vandalized at its former home in Brooklyn. @NY1 pic.twitter.com/H8LUM94dFU

Floyd's brother, Terrence, was part of a ceremony on Friday to premiere the statue ... the Union Square installation is called "#SeeInjustice" and the three pieces each stand at 6 feet tall. They're made from layers of African mahogany plywood and then finished with bronze paint.

It was of course Floyd's killing at the hands of Minneapolis cop, Derek Chauvin, that catapulted the civil justice movement across the United States. Chauvin was sentenced to 22.5 years in prison for the murder. 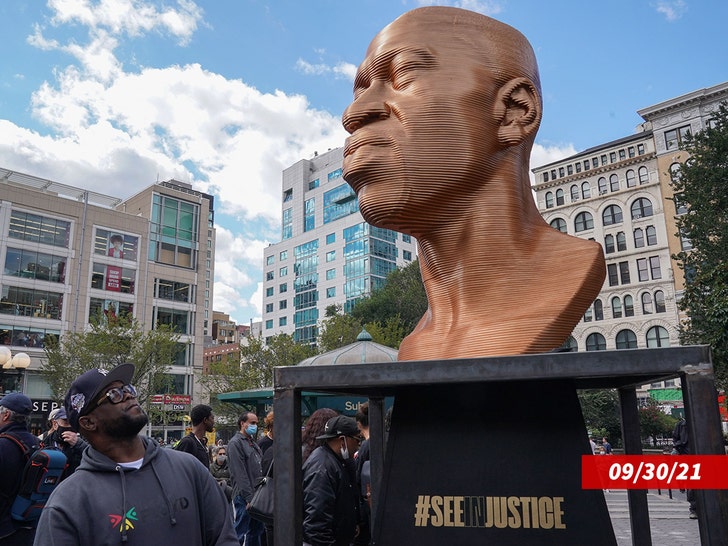 At the time of this post, there have not yet been any arrests made in connection to the vandalism. 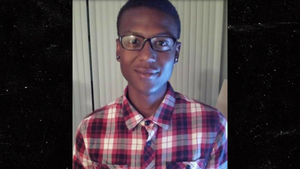 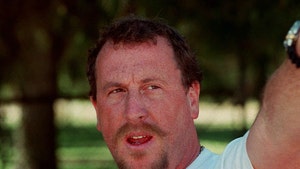