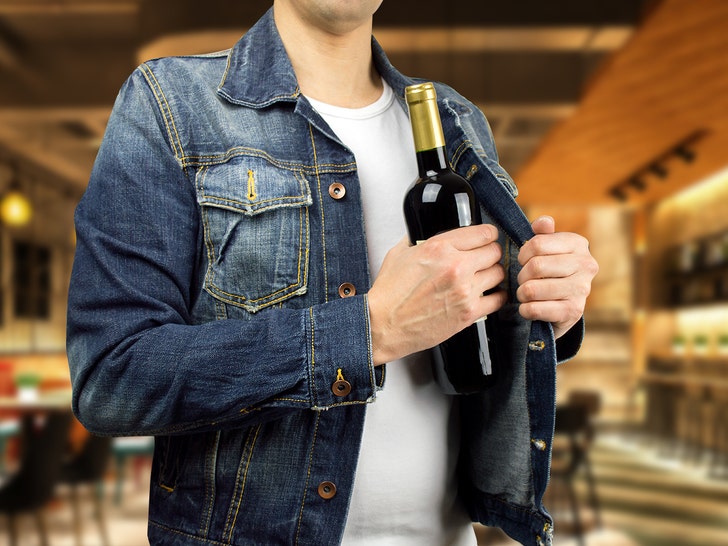 Move over Danny Ocean, 'cause there's a new pair of thieves in town that are giving him a run for his money in the criminal world -- but their big score isn't a casino ... it's vino!!!

A man and woman posing as a couple made off with an incredibly rare bottle of French wine that's 215 years old ... and valued at $407,000. That's not all though -- they also got away with at least 6 other bottles from the 19th century, which are worth a pretty penny too.

Here's what happened ... the guy and gal -- whom are reported to have been English speakers, and acted "refined" -- visited the Atrio restaurant/hotel in Caceres, Spain ... a Michelin-starred place famous for its top-notch wine collection that they keep in a cellar.

They checked in at some point last week, deciding to dine in the attached eatery -- and, at one point, asked the front desk hotel clerk to serve them more food ... who then ran back to the kitchen, leaving security cameras unmonitored. That's when they made their hit.

Cops say the guy went down to their cellar and smuggled out 7 bottles, including the high-priced 1806 Chateau d'Yquem ... a dessert wine from the Sauternes district of Bordeaux. They checked out early Wednesday ... paying with a credit card, and leaving with a fat haul.

No word on how much exactly all 7 bottles are worth combined ... but it sounds like it might be well north of half a mill, at the very least. Folks there believe they were very much so professionals ... and pulling a heist on behalf of a wine collector of some sort.

Reason for the latter ... Atrio's owner says the $400k bottle is very well known on the market as their property, and it cannot be easily sold publicly without major flags being raised. So, either somebody wants it all for themselves, or is planning to sell it on the black market.

The good news, we suppose, is that all of the stolen wine is insured -- but the crooks are on the loose and seem to have vanished without a trace. Local authorities are investigating.