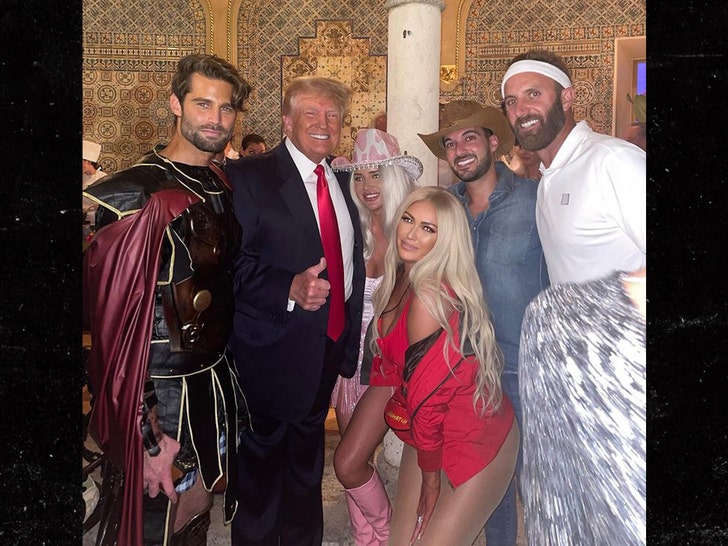 A POTUS, a golf superstar and a model walk into a party ...

That's what went down Sunday night ... 'cause former President Donald Trump schmoozed it up with golfer Dustin Johnson and Paulina Gretzky during a Halloween bash at his Mar-a-Lago Club in Florida.

DJ, his fiancée and friends socialized with #45 during the gathering -- with Trump greeting Paulina with kisses on both cheeks, saying, "You look great." 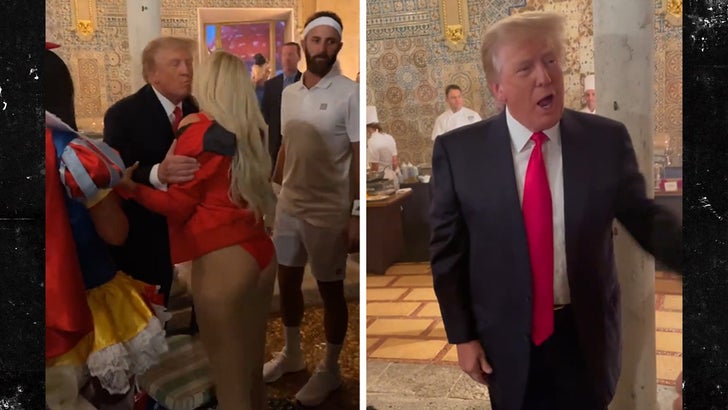 While Johnson sported a tennis pro outfit and Gretzky went with a Baywatch uniform, Trump appeared to either ditch the costume dress code or go as himself ... and both options are pretty believable.

So, what did the group talk about?? You can bet Trump talked DJ's ear off about all things golf ... and probably even challenged him to hit the links together. 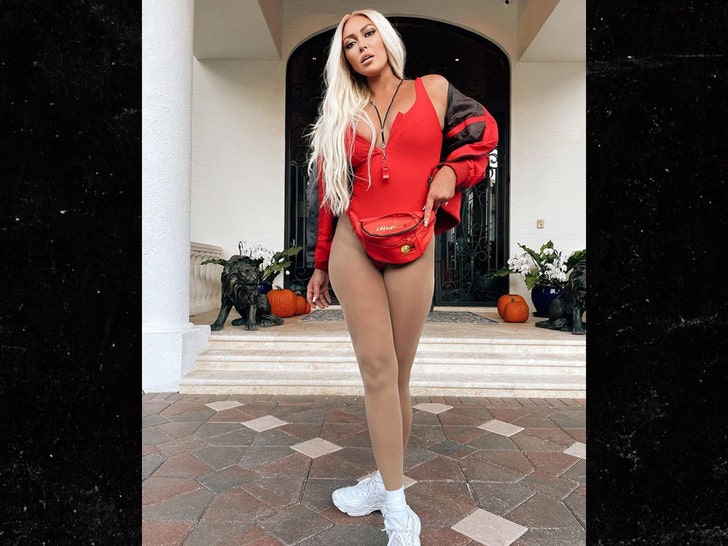 It's been a busy weekend for The Donald -- as we previously reported, he showed up with Melania at Game 4 of the World Series in Atlanta on Saturday ... and was shown smiling from ear-to-ear and giving two thumbs up to the crowd.

Unsurprisingly, Trump's appearance didn't go without controversy -- he was spotted joining fans in the "Tomahawk Chop" ... which has been deemed racist and offensive to Native American culture.

It was a quick turnaround to make it back to Palm Beach for the party ... but c'mon, do you really think Trump was gonna miss it?! 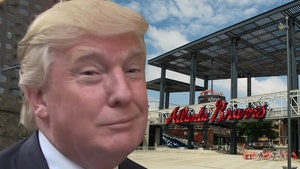 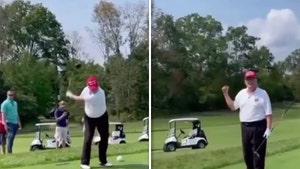