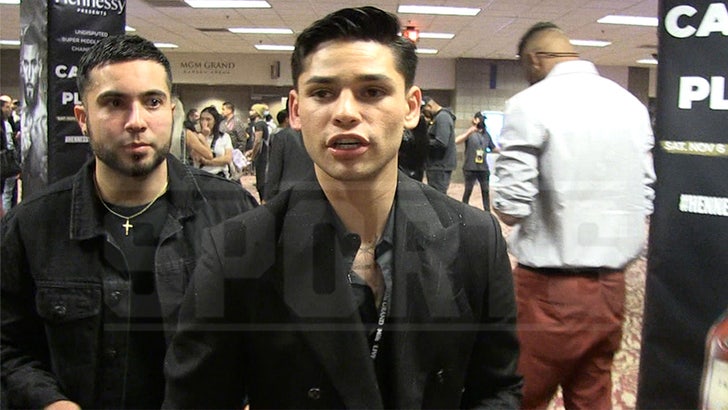 We talked to the 23-year-old, undefeated Garcia on the way out of the Canelo fight ... and we asked the Mexican American fighter whether 31-year-old Alvarez (57-1-2) should now be considered the best Mexican fighter of all time.

If you know boxing, you know Mexico has been the birthplace of some of the greatest pugilists to ever lace up a pair of gloves.

Cesar Chavez was a multiple-time world champion across several weight classes ... including super featherweight, lightweight, light welterweight, and lightweight. He was considered the world's top pound-for-pound boxer in the early '90s.

FYI, Oscar and Julio actually fought each other twice ... with De La Hoya winning both. Though, their first fight in 1996 was stopped largely due to a gash that reopened up (he originally got the cut in training camp) above Chavez's left eye. 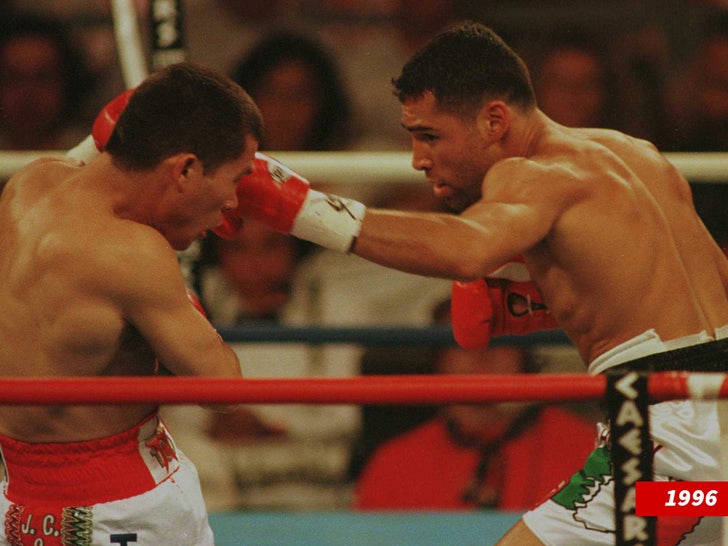 So, we asked Garcia if today's version of Alvarez would beat Floyd.

"Most definitely. [Canelo's] focus, he's got everything on lock. He knows what to do now. He knows how to approach a fighter who keeps moving, and that's what he did today [against Caleb Plant]."

We also ran into Elie Seckbach from EsNews ... and asked him whether Alvarez had a chance to go down as the greatest boxer of all time (watch out Muhammad Ali, Sugar Ray Robinson & Floyd). 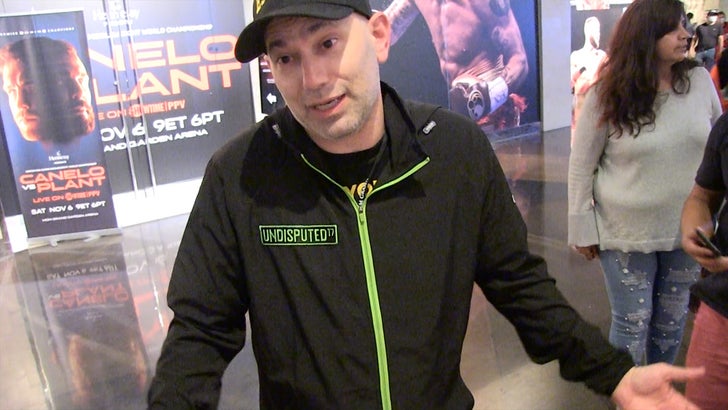 Back to Ryan. We couldn't let the 21-0 fighter -- who recently underwent surgery for a hand injury -- go without getting a health update ... asking the lightweight contender when we'd see him back in the ring.

"By February or March, I'm coming for everybody's head." 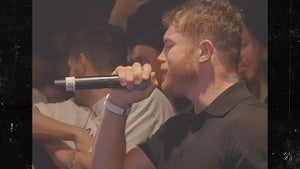 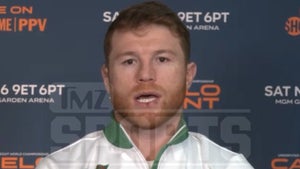