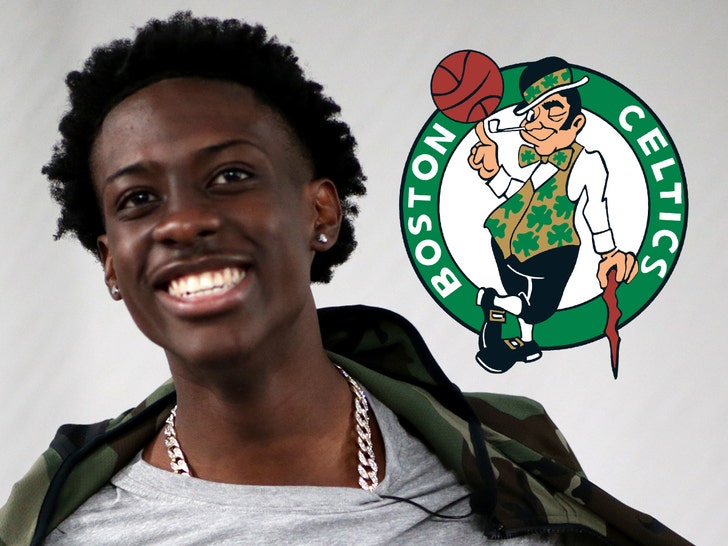 The Boston Celtics and the NBA continue to honor the late Terrence Clarke -- this time, with a brand new basketball gym at a community center featuring his name.

The newly renovated gym will be at the Boston Centers for Youth & Families Vine Street ... which is where Clarke grew up playing basketball.

It's an amazing tribute ... featuring the former Kentucky guard's initials and #5 jersey in a blue heart at center court and an honorary banner.

It also has a quote from Clarke on the sideline -- saying,  "I want to be that guy for everyone in the city."

Boston Celtics, along with the NBA, city of Boston, and New Balance, unveil new court at Vine St. Community Center to be renamed in honor of Terrence Clarke. The full renovation of the entire gym will be revealed on Sunday. pic.twitter.com/3zPHCLcxrj

There's also a Terrence Clarke memorial inside the entrance with a wall mural and a locker.

The Clarke family -- plus Celtics players, personnel, New Balance and BCYF -- will unveil the TC gym on Nov. 21.

As we previously reported, the 19-year-old baller was killed in a car crash in Los Angeles on April 22 -- just months before the 2021 NBA Draft.

Clarke -- who averaged 9.6 points, 2 assists and 2 rebounds at UK -- was projected to be drafted.

On what would’ve been his draft night, the NBA pays tribute to Kentucky's Terrence Clarke by making him an honorary draftee 🙏 pic.twitter.com/i3BOvzIlTi

The NBA paid tribute to Clarke by making him an honorary pick at the Barclays Center during the draft ... with commissioner Adam Silver saying, "His extraordinary talent, commitment and dedication to the game deserved to be recognized on this stage."

L.A. Clippers' Brandon Boston Jr. -- who was there when the fatal crash happened -- paid tribute to his Kentucky teammate by tatting a portrait of Clarke on his leg. 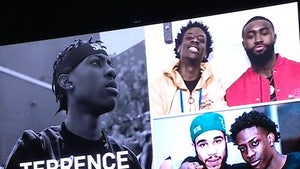 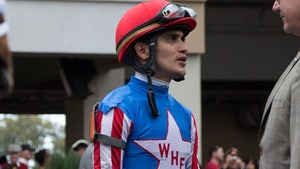